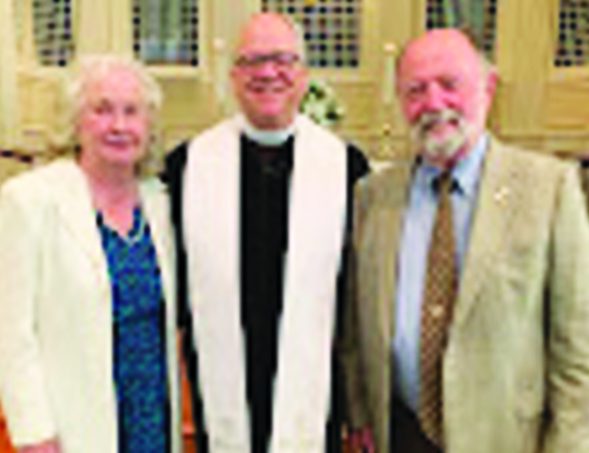 Susan and Henry G. Heidtmann Jr. of Advance celebrated their 60th anniversary with a renewal of their vows performed by the Rev. Randy Harris at the Highland Presbyterian Church In Winston-Salem.

They were married June 30,1962 at the Garden City Community Church in Garden City, N.Y. They have lived in New York and Connecticut and moved to North Carolina two years ago.

Henry is retired after a 60-year career as a builder having been president and CEO of Heidtmann Bros. Inc., a firm specializing in building churches (total of 43) and banks in the boroughs of New York City and Long Island, among which was the largest privately owned safety deposit bank. He was a member of the board of his local bank, president of his church board of trustees, Master of his Masonic Lodge and member of the fraternity for 60 years.

Susan is retired after a 60-year career in nursing and as senior vice president of patient care services at several  teaching hospitals in New York. She was a member of the Board of Governors Hospital Trustees of NY State and Nassau County Medical Center, advisory boards of two schools of nursing and was honored as Nursing Administrator of the Year in New York. She was named Brooklyn Woman of the Year and was a civilian representative to the National Security Seminar – U.S. Army War College.

The Heidtmanns enjoy their favorite hobby of flying twin P-51 Mustang aircraft for the past 12 years and are looking forward to their next flights.