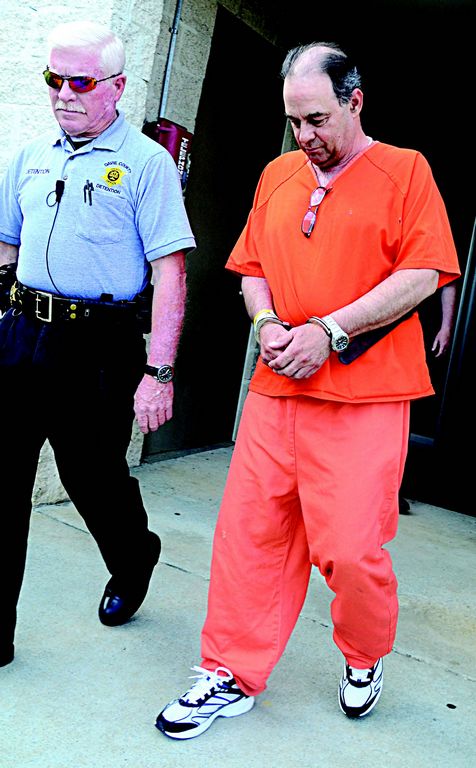 A man who was charged with first-degree murder after being accused of dismembering his girlfriend in 2011 was allowed to plead to the lesser charge of second degree murder in Davie Superior Court last week.
David Earl Hughes, 59, was living with Patricia Yvette Swaim off Serenity Drive, when Swaim’s daughter reported her missing March 10, 2011. Most of Swaim’s remains were found March 23, in a field near the home. She had been shot in the head and her body had been dismembered, burned, and partially hidden under a stump.
Hughes was arrested hours later and has been held for much of the past three years at N.C. Central Regional Hospital in Butner.
He was found to be capable of proceeding to trial twice, but also found incapable of proceeding to trial at least five times, due to severe cognitive impairment, according to Dr. Mark Hazelrigg, director of outpatient forensic evaluations.
Hughes also has a history of strokes, seizures, depression and anxiety and seemed to have no memory of the days or weeks before or after the murder, Hazelrigg said.
In March 2013, despite testimony to the contrary by Hazelrigg and Dr. Claudia Coleman, a Raleigh psychologist, who both said Hughes was capable of proceeding to trial, Judge Mark Klass found him incapable and ordered him recommitted to the Butner facility.
On May 15, according to assistant DA Greg Brown, a hearing was held at the hospital to determine Hughes’ mental state, and he was subsequently discharged to be returned to Davie County. Brown said the state and Hughes’ attorney, Vince Rabil, came to an understanding that if Hughes remained capable of standing trial, he would be allowed to plead to a lesser charge.
Coleman met with Hughes Monday morning, and determined he was healthy enough to withstand trial.
Swaim’s niece, brother and former sister-in-law talked about how the loss has affected them. Hughes’ family members, including two sons, two sisters, his mother and his ex-wife all spoke on his behalf.
Photos of Swaim were viewed.
Brown said Hughes could have received as little as 94 months or as much as 198 months in prison, but Judge Joseph Crosswhite sentenced him to a minimum of 144 and a maximum of 182 months, with credit for time spent incarcerated since his arrest.
As of late last week, Hughes was being held at the Davie Detention Center.