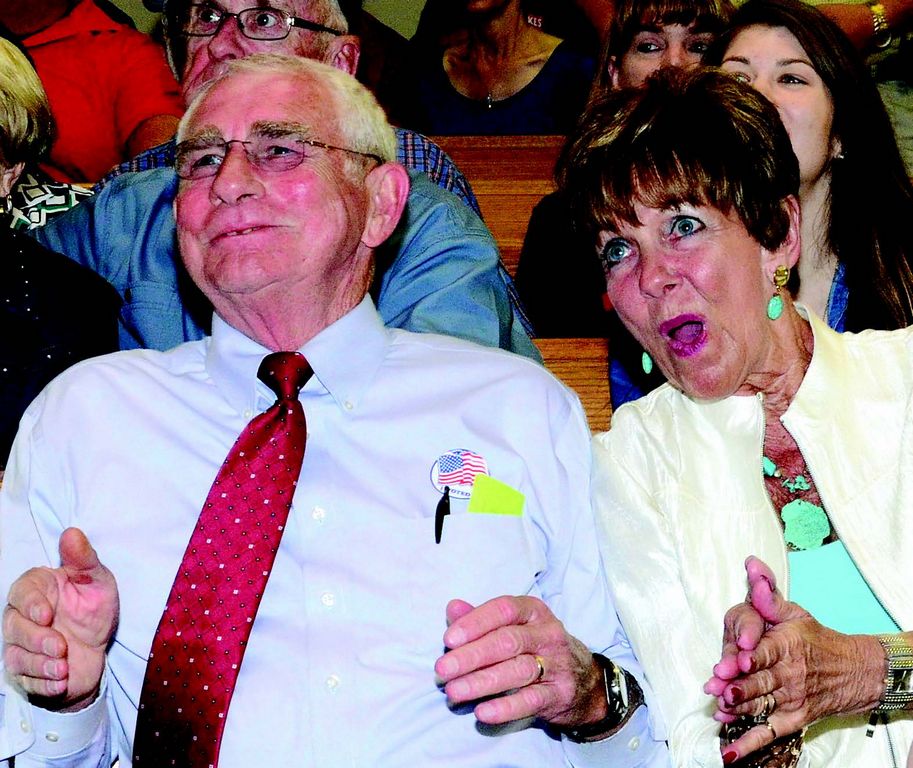 Marvin Smith was smiling as he left the Davie County Courthouse on Tuesday night.
And he had just lost the race for sheriff of Davie County.
“Coming in second behind Andy Stokes ain’t bad,” he said. “It’s hard to run against a good friend and a good sheriff.”
He commended the sheriff for a professional campaign and the sheriff’s officers for acting properly during the campaign.

“That makes me proud,” Smith said. “I’m just as happy now as I was yesterday.”
Stokes, also in the courthouse Tuesday night as the votes were being posted, was obviously more happy on Tuesday.

“I’m proud of the people I work with. I have put a team of extremely good cops together. They do the work and I get the credit,” he said.

Stokes received 7,924 votes to 2,830 for Smith, 73.68 percent to 26.32 percent of the Republican ballots cast. Because no Democrats ran for the office, Stokes likely will be sworn into another term as sheriff in December.