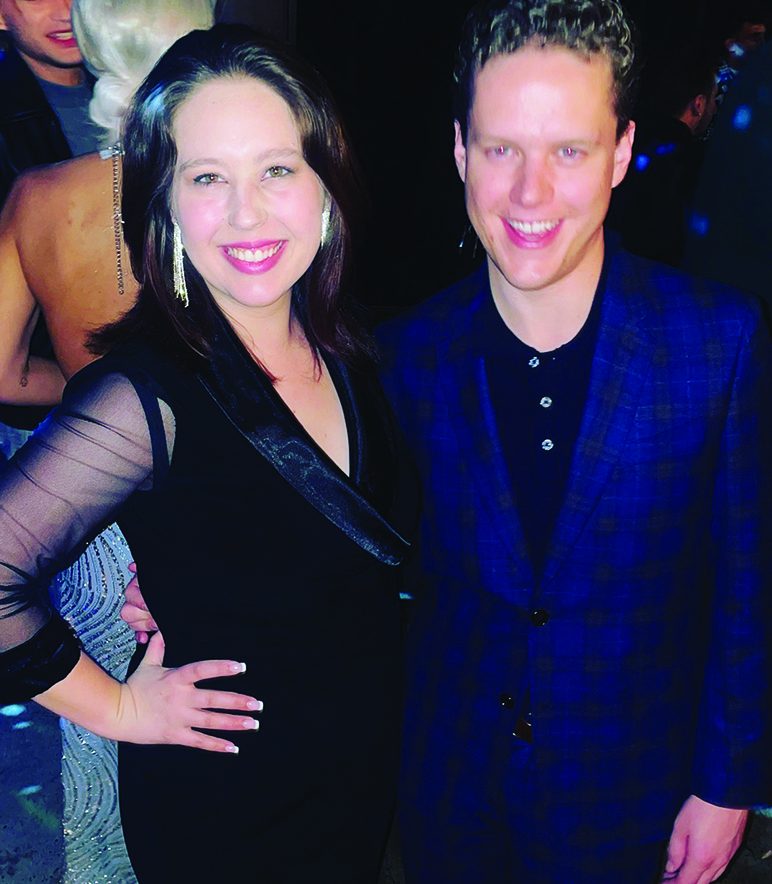 Marie Merrick with her brother, movie director Will Merrick, at the premier to "Missing."

Want to see your face on the movie screen?

It helps if your brother is the director of the movie.

Just as Marie Merrick, communications specialist with the Davie Chamber of Commerce.

Her brother, Will Merrick, is a director of “Missing,” which is being shown now in theaters in Salisbury and Winston-Salem. She gets a cameo holding a sign near the beginning of the movie.

She also got to attend the premier of the movie, a mystery that one reviewer said “makes you wonder how well you know those closest to you.”