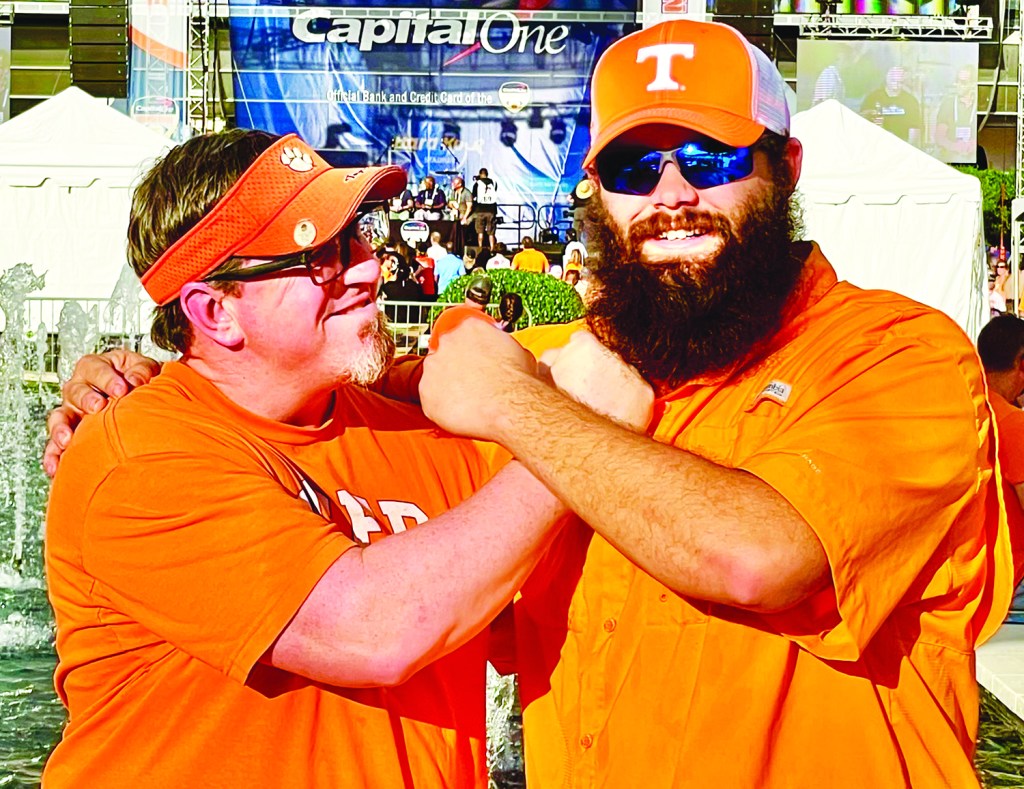 What would you say if your dad asked if you would be upset if he bought two tickets to send you and a friend to the Orange Bowl?

It didn’t take long for Brent Spry, pastor, to respond with a definite yes.

This game was extra special because Spry has been a Clemson fan ever since he was small and his friend and deacon of the church,Tatum Williams, has always pulled for Tennessee.

Tickets to fly were available, but since these two guys had made trips before and always had a good time, they decided to make the drive.

Spry had hopes of going to Clemson and walking on the football team, but his life was changed and he went to Piedmont Bible College and his life turned in a different direction.

The hotel room was close to the stadium, lower level tickets, 20 rows back at the 20-yard line.

They stopped about two hours from Miami for breakfast. Once they arrived at the hotel they had a power nap and ate lunch at a sports grill. They had chicken wings and watched the bowl games that were playing.

The next day they ate Cuban style pizza for lunch and went to the stadium early because they had several activities going on before the gates opened.

As they hopped in the car the next morning around 5:30 to head home, they made sure their souveniers  from the game were with them.

In the past, they may have gotten upset if their team didn’t win. But this trip was all about being with a friend, having a fun road trip and forever bragging rights of being at the game.