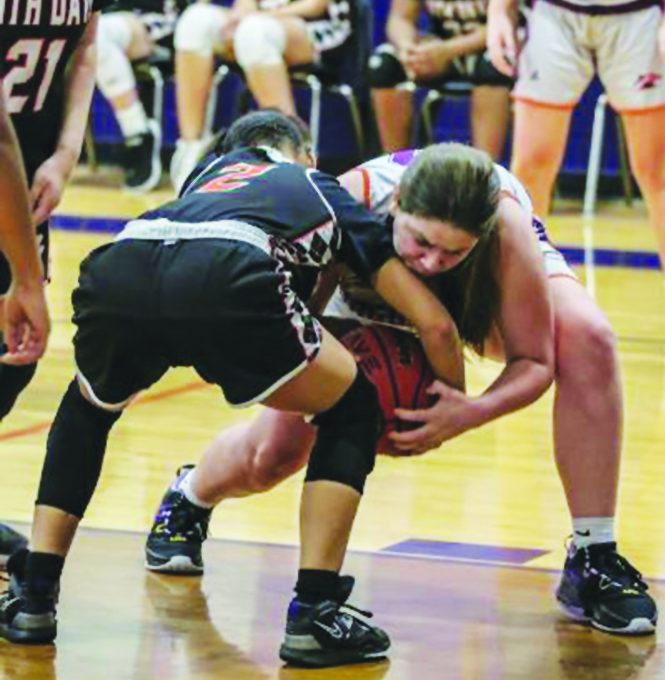 The Ellis girls basketball team’s storybook season continued. The Jaguars (9-1) have tied the program record for wins in a season, and they hold their longest winning streak (five) in nine years.

They dispatched South Davie and North Davie last week while playing without Kayden Richardson, who was the No. 3 scorer with a 7.6 average before being lost for the season by injury.

“We learned right after our last game against Wesleyan that we would be losing Kayden due to hairline fractures in her lower legs,” coach Susan Jones said. “We are blessed with depth on our team, so although Kayden is going to be missed a ton, we have the capability to continue to build on what we have started. It just is going to look a little different.”

Besides Alston’s 14 points, South got eight from Londyn McDowell, seven from Aryanna Warren, five from Vivian Vaughters, three from Clara Parsley and two from Layla Perez.

South dug a deep hole in the second quarter and lost by 18 at home to High Point Christian on Jan. 9.

Vaughters, Alston and McDowell had five points each. Warren had three and Alleson Cothren two.

When Ellis and South met early in the season, Ellis led by 14 at halftime and cruised to a 25-point win. In the rematch at Ellis on Jan. 10, South gave Ellis a fight in the first half before fading.

“South did their homework, coming in ready to play,” Jones said. “They are always tough and defensively they came out pushing right back at us.”

But Ellis, playing its first game in 26 days, put its foot on the gas in the second half. Emmie Burris, Madison Daugherty and Olivia Smith banged 3-pointers in the third, pushing the gap to 26-12, and Ellis kept pounding away in the fourth.

“The girls had a gritty win because we had some things we had to work through to get it,” Jones said.

Smith, who hit three triples, scored 12 to give her sixth double-figure efforts in nine tries. She also had four steals.

“Olivia stepped up into a new position and played great,” Jones said. “She effectively passed low when the post was open and shot when she was open, keeping South’s defense from committing too much to one area or person.”

“Kate battled down low against McDowell,” Jones said. “Kate, Emmie and Olivia did a good job of fronting her, boxing out and making it very difficult for her to be truly effective. Madison had a great game. She runs the offense really well and has great court vision when she’s on point.”

South (3-8) got four points from Warren, Alston and McDowell. Vaughters had two.

Ellis raced to a big lead and then held on against visiting North Davie on Jan. 12.

Burris scored six quick points as Ellis jumped to a 14-2 lead in the first quarter. When it was 40-23 at the end of the third, the Jaguars, who have five wins by 23-plus points, looked destined for another huge margin.

But North made things interesting by closing the game with 13 unanswered points. Gavura, Martin and Parsons supplied the fourth-quarter offense. Although the damage had been done, North coach Trish King was proud of her girls for closing the gap by 23 points (Ellis won the first meeting by 27).

“I am so proud of the way we played,” King said.

“North suddenly caught fire with their outside shots,” Jones said.

“Emmie (scored 12) while nursing a sprained ankle from the previous game,” Jones said. “Olivia did a great job playing her new position at high post.”

“Our defensive pressure was tough, and Cayleigh, who had the task of guarding North’s best player (Martin), did a great job of making her have to work hard for everything she did,” Jones said. “Cayleigh spearheaded the defensive pressure the entire game. Madison ran the floor at point.”

And don’t forget Nicholson, who played through pain. “I played Kate sparingly due to shin splints, but in her limited time she was a strong presence down in the post,” Jones said.

Ratledge, the point guard, returned after missing three games with a broken nose.

“Maddie was able to return wearing a mask,” King said. “She played hard with no fear or hesitation and made a big difference.”

“Landry had a great offensive night along with her usual aggressive defense,” she said. “Avarie carried us offensively once again, as well as running the point at times. Hayden and Britt hit some crucial baskets, and both girls played some tough defense. Audrina rebounded well and was instrumental in creating baskets with her passes.”