Second Davie player ever in US Army All American Bowl 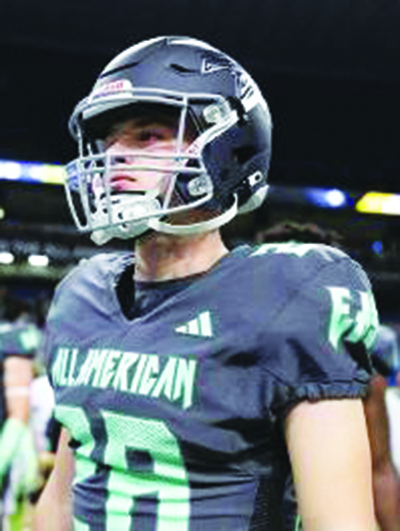 For the second time ever, for the first time since 2005, Davie football was represented in the U.S. Army All-American Bowl.

Palmer Williams of Mocksville was the punter for Team East. The East only needed him twice as it trampled the West 55-17 in the Alamodome in San Antonio on Jan. 7.

On Williams’ first punt, he pinned the West inside the 20. He had to field a low snap on his second punt, but he wasn’t fazed as he sent it 49 yards.

Williams was among three East players from North Carolina, the other two attending Jay M. Robinson and Grimsley.

Raeshon McNeil was the first War Eagle invited to the All-American Bowl. He played in the game in 2006 before playing cornerback at Notre Dame.