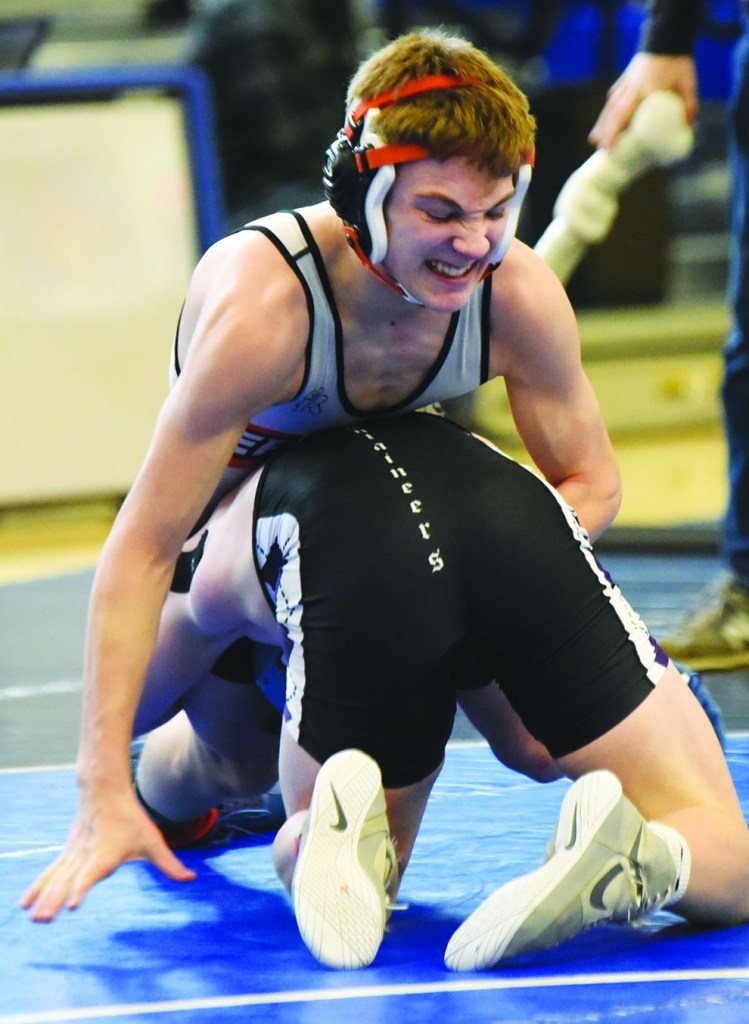 When wrestling coach Perry Long studied the matchups before Davie locked up with Reagan, he saw several weight classes that he figured Davie would have to fight for. He expected some drama in the middle weights.

The shine was gone from Davie’s record after a 1-3 showing in the Newton-Conover Duals, but Davie regained its mojo in the first two Central Piedmont Conference matches.

“I have already thrown this young team in some dogfights,” Long said. “We’ve been in the heat.”

Long was braced for several close battles against Reagan. The 48-point margin was a pleasant surprise.

“By their records, we weren’t supposed to beat (Reagan like that),” he said. “Their (individual) records were pretty good, they had about six seniors on the team (by contrast, Davie has one senior) and I was like: ‘Shoot man, we’re going to have to really wrestle. We’re going to be in a dogfight.’”

It proved to be a smooth glide for the War Eagles, who saw Tehandon, Nail, Andy Davis, Hire and Gould record consecutive pins right out of the gate.

“Their 138-pounder was supposed to be pretty good,” Long said. “I wasn’t going to put Lawson on him, but then I thought Andy could beat their kid at 132 and I bumped Lawson up to 138. In the worst-case scenario, we get three points. I didn’t know if (Hire) could catch him, but sure enough he pinned him. That was a match I thought we’d just get three out of.

“Their 145-pounder had a really good record – he was like 18-2 – and I didn’t know if we could win that match. I thought worst-case scenario, Gould could stay off his back and give up three. Then Gould went out there and pinned the kid.

“And then I had a question mark at 160. That kid’s record was pretty good, but Dylan pinned that kid. Dylan wrestled good (against East and Reagan).”

Then Christian Boswell, Testa, Godbey, Ryder Strickland and Hunter handled their business with pins. Two of Davie’s three losses were forfeits, and Davie (11-4 overall) walked off with a 2-0 start in the CPC.

Long carried nine varsity guys to the second-annual Gavin Sharpe Memorial Tournament at Mooresville on Jan. 7. Four of them placed in the top four as Davie earned seventh out of 14 teams.