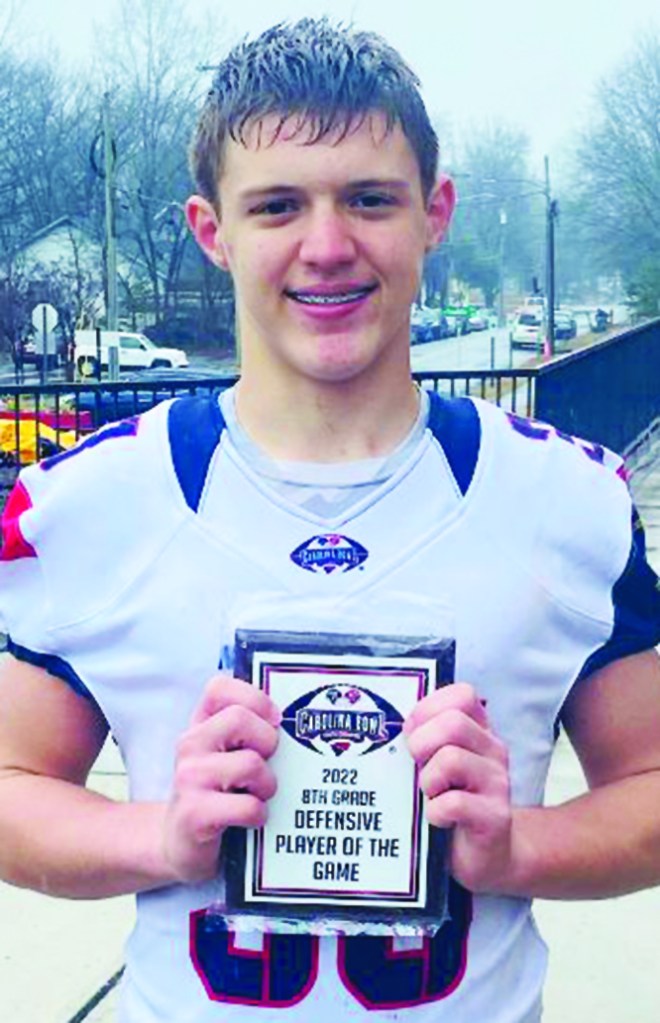 Elijah Chaffin, an eighth grader who led the Ellis football team to back-to-back perfect seasons (8-0 and 7-0), received an honor on Dec. 31.

He played in the eighth-grade showcase of the Carolina Bowl in Gastonia. Chaffin’s North Carolina team lost 30-0 to South Carolina.

Chaffin, who played running back/linebacker for the Jaguars, made his presence felt in Gastonia, serving as team captain and earning the defensive MVP award for North Carolina.