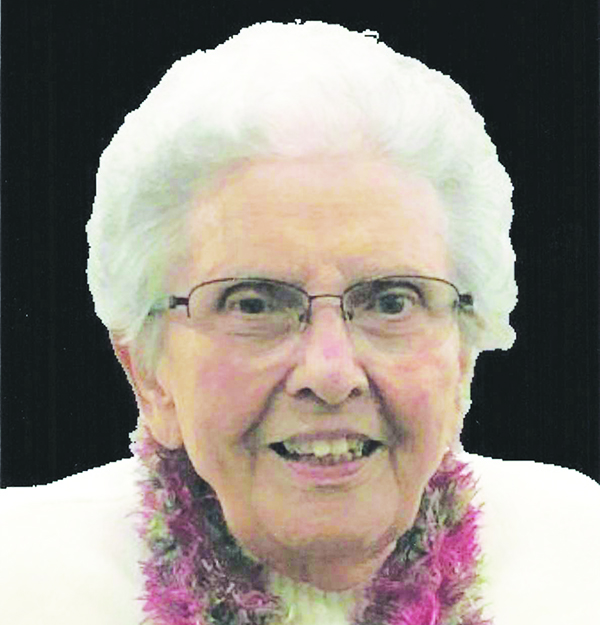 Margaret was born the oldest of six children, born on Dec. 15, 1933 to Claude Wilson and Louise Gaither Cartner. She was the oldest grandchild on both the Gaither and Cartner sides of her family. This birth position, along with being raised by a strong mother, prepared her for the destiny of serving in the matriarchal role of her family for many years.

Living a life of service and leadership, Margaret was a member of Salem United Methodist Church since the age of 11. She served as a youth leader, children’s Sunday school teacher, choir member, education coordinator, building fund treasurer, and delegate to the Western North Carolina Annual Conference, where, in 1991, she was recognized as the Lay Person of the Year. Being a member of the Salem United Methodist Women for 67 years was where her passion for serving her Lord shined. She served as president, vice-president, secretary, and treasurer at various times.  Additionally, she served on the Lexington District United Methodist Women’s Team for 13 years, where she served as the Davie area chairperson, vice-president, and president. Margaret was also a member of the Davie County Mission Board, having served as secretary and treasurer.

Margaret was preceded in death by: her husband of 61 years, Paul Shew; brothers, Tom Cartner and Lee Cartner; and nephew, Matt Cartner.

The family would like to express special thanks to her caregivers for the past three years, especially Marjorie Smoot, for devoting her time, night and day, to taking care of her.

Her celebration of life service will be conducted at 2 p.m., Wednesday, Jan. 11 at Salem United Methodist Church with Pastor Jesse Teal officiating.  The service will be available to view on the funeral home website.  Interment will follow in the church cemetery with Woodmen Rites.  Afterwards, a reception will be held in the Family Life Center to allow friends to speak with individual family members. The family invite friends to come by Lambert Funeral Home from ­11 a.m.-7 p.m., Tuesday, Jan. 10 to pay their respects.

In lieu of flowers, the family requests that memorial donations be made to: Davie Community Foundation, with memo: Paul and Margaret Shew Family Fund, PO Box 546 Mocksville, NC, 27028.