A Virginia man wanted for sexually assaulting a 6-year-old child was taken into custody in Bermuda Run early last Friday after two vehicle chases – one in Virginia and the other from Kernersville that near WinMock off US 158. 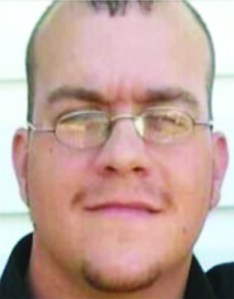 Lucas John Donley, 36, of Roanoke, was taken into custody after the car he was driving wrecked.

According to the Davie County Sheriff’s Office, the Davie E911 communications center was notified just after midnight that Kernersville police officers were chasing the suspect on US 158, headed towards Davie County. The wreck occurred just inside the county line.

Donley was wanted out of Virginia for sexually assaulting a 6-year-old child at a Virginia motel. The sex offense had been investigated by Henry County Sheriff’s Office and deputies there attempted to pull Donley over, but he fled and eluded authorities.

According to the Martinsville Bulletin newspaper, the child had been left in Donley’s care at the motel, and when the parents returned, they learned of the assault and called 911. Donley fled, and left at a high rate of speed, causing officers to break off the chase.

They continued the search with helicopters and on foot after learning of Donley’s whereabouts. Virginia authorities later learned that Donley may be in Kernersville, and when police officers there tried to apprehend them, he again fled in his vehicle before the crash in Davie County.

The Henry County Sheriff’s Office issued six warrants for Donley including eluding law enforcement, a felony, aggravated sexual battery, forcible sodomy and three counts of taking indecent liberties with a child by a person in a custodial relationship.

Donley is a registered sex offender on the Virginia State Police Sex Offender Registry. He was convicted in 2012 for taking indecent liberties with a minor, and was sentenced to 10 years, with eight suspended.

Donley also was served by Kernersville Police Department a fugitive warrant for extradition to another state.