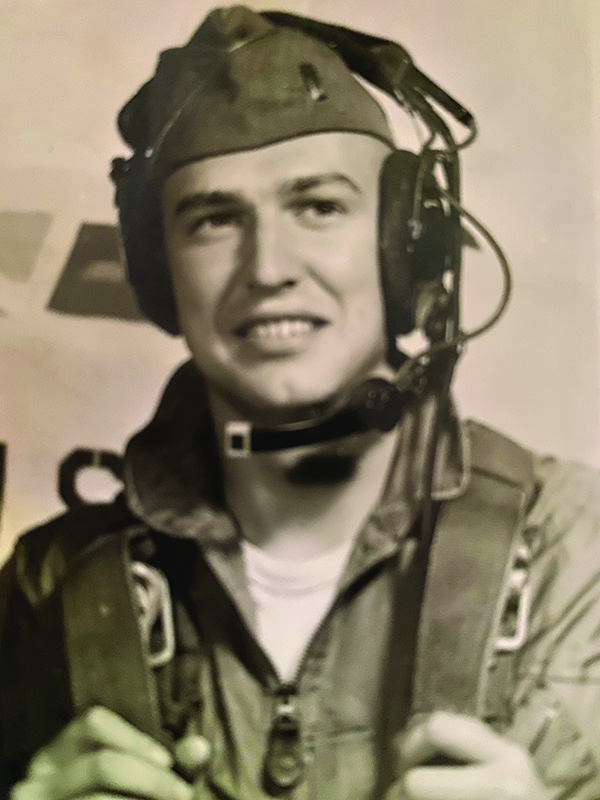 He was born Sept. 18, 1935, in Marysville, Perry County, Pa., to the late Ivan and Delilah Eppley Moyer. After graduating from Alleghany College in 1958, Terry joined the Air Force and served five years of active service as a B-52 Bomber pilot and retired from PA National Guard as a Lt. Col. He retired after 37 years of service from Ingersoll-Rand Company, Construction & Mining Group as Executive Vice President and Western Regional Manager. His years with Ingersoll-Rand allowed extensive travel to all of the continental US including Canada, Hawaii, and Alaska.

In addition to his parents, his brother Keith Moyer, preceded him in death.

He is survived by his loving wife, Shirley Boger Moyer. Terry and Shirley had a loving 36 years of marriage. They enjoyed making friends as their journeys took them throughout the U.S. and Canada. Terry never met a stranger and will be missed by his numerous friends from his lifelong journey he leaves behind. “A good man!”

Terry valued every moment he was able to spend with his grandchildren. He provided many opportunities for them, especially sharing his love of Wake Forest Sports, making them forever Deacon Fans. Terry also had a lifetime love for the New York Yankees. Terry enjoyed all things sports. Terry always worked hard to stay healthy and in good physical condition. Terry enjoyed gardening and loved sharing his harvest with his many friends and neighbors, sometimes called the “mater man”. Terry’s granddaughters were blessed to have his guiding wisdom and positive influence on their lives. Time and paper do not allow for the expression of love he had for these girls and they have for him. The twinkle in Terry’s eye was for his granddaughter, Kinley, and she says “Terry will be the most handsome star in the night’s sky and the most handsome ray of sunshine in the sun.” She says Terry always told her to do the right things and “I’m watching you.” Granddaughter Kacie says, “there will always be an empty place in my heart without you here. I know you are looking after me.” He always told her, “Kacie, I expect more from you.” Granddaughter Kelsie stated Terry always said “to get it done and be on time,” teaching her a great work ethic that I have been able to carry forward with me.” During Terry’s extended illness he worked extremely hard to get back on his feet and live a normal life. Every step of the way was his wife Shirley. The love they had for one another was not only visible during the good days but was especially evident during Terry’s illness. She was true to her vows of until death do us part. Forever she will be his Shirl.

A memorial service will be conducted at 11 a.m. Saturday, Jan. 7 at Eaton Funeral Chapel with Mr. Cade Carney and Mr. Ken Budd officiating. Inurnment will follow at Eatons Baptist Church Cemetery with military honors. The family will receive friends for one hour prior to the service at the funeral home.