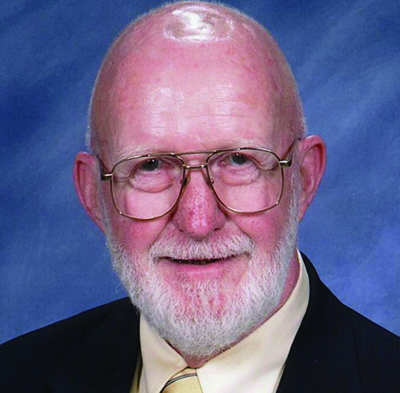 Keith was born on Dec. 16, 1935 in the Center Community near Mocksville to the late Henry Wilson “Bo” Tutterow and Ruth Jarvis Tutterow. In addition to his parents, he was preceded in death by: his brothers, Henry Wilson Tutterow Jr., and Junie Martin Tutterow.

Rev. Tutterow spent his childhood first in the Center Community and then in Dukeville, N.C. (near Spencer) where his father worked at Duke Power’s Buck Steam Station Power Plant. The family moved back to Center for Keith’s senior year at Mocksville High School. Following graduation in 1953, Keith enlisted in the Army, where he served two years in the 82nd Airborne Division as a paratrooper. He later enrolled at Appalachian State Teachers College in Boone along with his brother Junie. During that time, the brothers worked at Crossnore School Inc. as dorm assistants under the guidance of their uncle, Glenn “Pop” Jarvis, who was a dorm parent and the principal at Crossnore Elementary School.

Keith’s initial plan was to graduate from Appalachian and become a teacher. God, however, had other plans, and began to call Keith to ordained ministry in the United Methodist Church. As part of the ordination process, he transferred to Emory & Henry College in Abingdon, Va. in the summer of 1959, and was assigned to serve six United Methodist churches in Ashe County, where he met his future wife, Patricia Graybeal, who attended Warrensville United Methodist Church. Keith graduated from Emory & Henry in May 1961. Pat and Keith were married on June 25, 1961, and then began married life together as students at Drew University in Madison, N.J., where in May 1964, Pat finished her Bachelor of Arts degree in English and Keith finished his Master of Divinity degree. He later earned a Master of Education Administration degree from Appalachian State University in 1976.

Following graduation from Drew University, Pat and Keith moved to Newland, where Keith started his first full-time United Methodist ministry appointment serving the five churches of the Elk Park-Newland Charge. Their three children were born during this time. Keith served the churches on the charge through June 1971, at which time God’s call on his life shifted. He stepped aside from ministry for a time and began working for the Avery County School system, first for one year as an Assistant Principal at Avery County High School, then 10 years at Elk Park Elementary School, and finally for 13 years at the Avery Middle School until his school retirement in December 1995. He also returned to part-time ministry in 1977, serving Banner Elk United Methodist Church along with Liberty UMC and Piney Grove UMC in Watauga County for 14 years. He then served as the Avery Parish Associate Pastor for five years, and then the Altamont & Jonas Ridge United Methodist Churches for six years. He retired from ministry in the United Methodist Church in 2002, but came back into ministry in 2007 to serve six more years at Pisgah United Methodist Church.

Keith’s interests included playing ball with his children, drawing and painting, refinishing furniture and making picture frames, working in his Christmas tree fields, spending time with his granddaughters building castles in The Land of Grand and making mudpies on The Bank of the creek, and walking through life hand-in-hand with his beloved wife of 61 years, Pat.

Rev. Keith Tutterow’s roots are in the red clay soil of the North Carolina Piedmont, but his spiritual ground is found in the dark soil of the North Carolina High Country. He was a lifelong learner and spiritual seeker who touched many lives with his faith, his example, his spiritual leadership, and his friendship. His family, and especially Pat, are grateful to the many people who made his last few years comfortable, including their many friends who were always available to help with transportation and other needs, the people from Kindred Home Health, Hospice and Palliative Care of Blue Ridge, and most importantly Janet Whittington.

Rev. Tutterow’s Memorial Service will be held at Boone United Methodist Church on Friday, Jan. 6 at 2 p.m. The family will receive friends following the service.

Memories and condolences may be shared with the Tutterow family at www.rsfh.net.

The care of Rev. Tutterow and his family has been entrusted to Reins-Sturdivant Funeral Home of Newland.