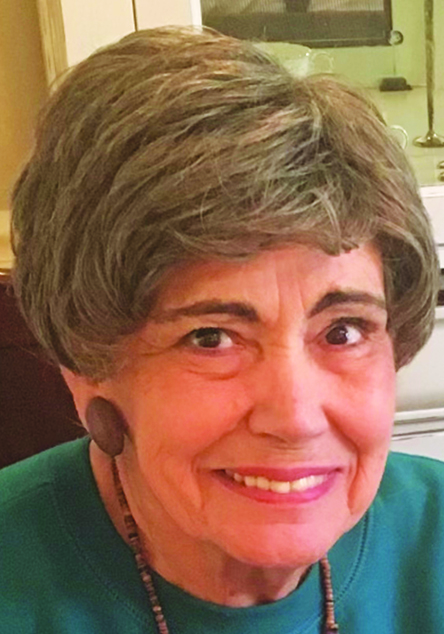 Peggy Cannon Clark, 82, of Newport, NC, passed away on Dec. 17th, 2022 at Wake Forest Baptist Medical Center in Winston-Salem, NC.  She will be remembered by her friends and family as a lady of kindness, strength and faith.

Peggy was a loving wife of 59 years, proud mother of two, doting grandmother of six and instant friend to everyone she met.

She was born on a small family farm in Newport, NC on Nov. 29, 1940, where she learned patience, grit and resilience; traits that would later serve her well as a Marine Corps Officer’s wife.  Peggy grew up helping her grandparents raise chickens, hogs, and grow tobacco; then later swept the floors of her father’s barber shop after school and worked in the local tobacco fields as a teenager in the summers. She recounted with humor to her children and grandchildren the fond memories of the hard work of her youth. After graduating from Newport High School, she received certification as a radiology technician at UNC Chapel Hill and began working at the old Morehead Hospital in Morehead City, NC.

Peggy met the love of her life while on a date at the Officers’ Club at MCAS Cherry Point. First Lieutenant Harold “Hal” Henderson Clark, Naval Aviator, asked to cut in during a dance with her date.  After the dance, she squeezed his hand and the two never again danced apart. They were married on Oct. 27, 1962, at Holly Springs Free Will Baptist Church in Newport, but their honeymoon was cut short when Hal was deployed to NAS Key West, on ready alert during the Cuban Missile Crisis.

She enjoyed attending Tar Heel football games and becoming involved in her church and community events.  She was a member of First United Methodist Church in Morehead City and she volunteered annually at the Newport Pig Cooking Contest. Later in life, she and Hal moved to Clemmons, NC. After moving, she joined First United Methodist Church of Mocksville. Most of all, she loved spending time with her grandchildren at Gumpond, the family farm where they enjoyed her famous sweet tea, clam chowder, and lemon meringue pies. She took them on frequent trips to explore Fort Macon and to buy fudge on the Beaufort waterfront. She taught them the virtues of generosity, selflessness, and candor; as well as how to open oysters, play Tripoli, and solve conflicts with a hug.

She is predeceased by: her husband, Colonel Harold Henderson Clark, USMC; and her parents, Allen Hardin Cannon and Reta Swinson Cannon of Newport, NC.

Services will be held on Monday, Jan. 2, 2023 at First United Methodist Church in Morehead City, NC. There will be a visitation at 10 a.m., followed by a funeral service led by Pastor Powell Osteen at 11. A graveside service will follow at Cedar Grove Cemetery in Newport, NC.

The members of the family would like to extend their heartfelt appreciation to the staff and management of Brookstone of Clemmons for their love and care for Peggy in her final years.