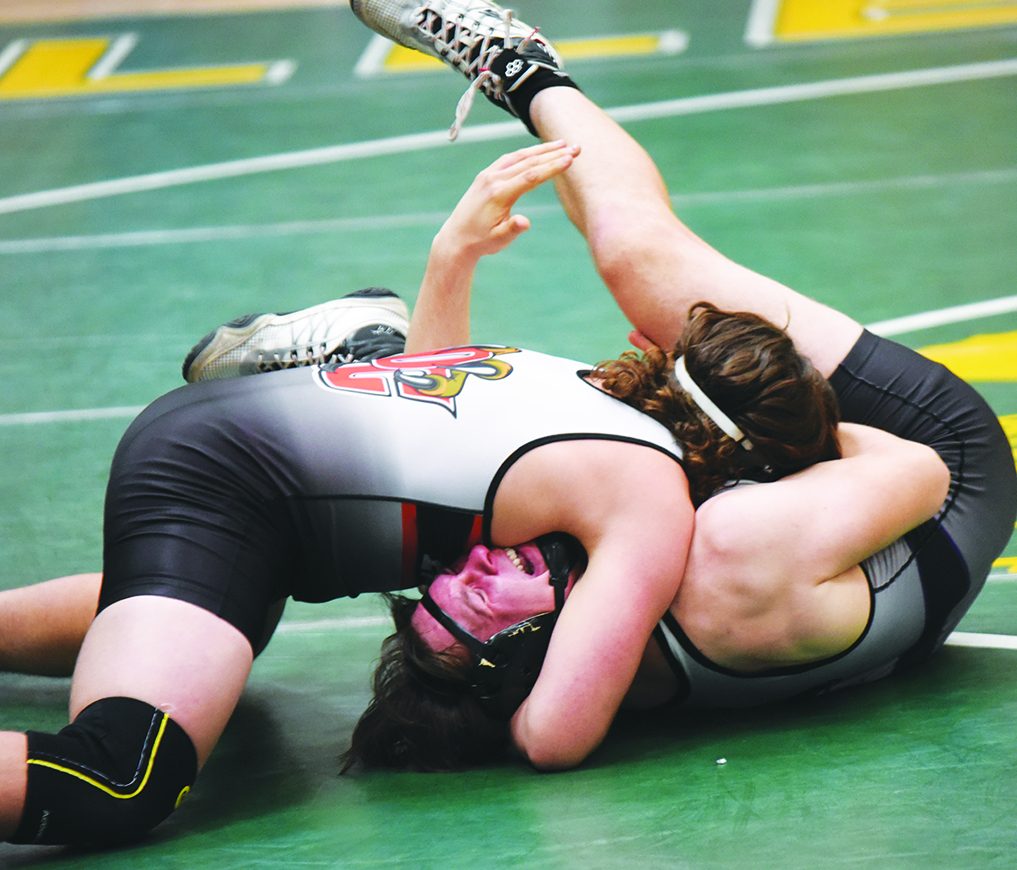 Davie’s first loss of the season came from Fred T. Foard, which is horror-movie scary.

In a tri-meet at Foard on Dec. 13, the War Eagles withstood a valiant rally by East Gaston and squeaked out a win.

The match was tied at 42 at the end, but Davie prevailed on criteria – it had one less forfeit.

Long breathed a sigh of relief. “We’re going to see them again, and I’ll wrestle them different next time,” he said.

Davie dropped 12 of 14 weight classes, the exceptions being Hire’s pin at 132 and Testa’s 6-4 decision at 182. It was Testa’s first match back from sickness.

“We’re babies and Foard is loaded,” Long said. “They’re probably one of the best teams in the state. I talked to Newton-Conover’s coach and he said the same thing. He said: ‘Perry, they’re unreal.’ They will win (the 3-A championship).”

Davie took a sledgehammer to two opponents at Hopewell on Dec. 14. The War Eagles opened with a 60-point win over the host school.

Then the War Eagles took down Chambers with no trouble. Davis, Gould, Pelote, Alexander, Testa, Godbey and Strickland provided the pins, and Hire won a decision. Hunter and Boswell took forfeits as Davie improved to 5-1.