Wendy Horne to lead education board 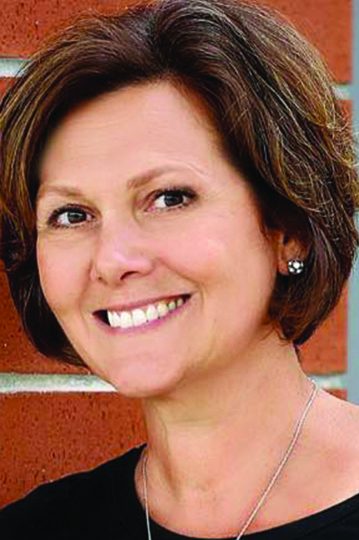 It isn’t easy being an elected official.

In recent years, it really isn’t easy being a member of the Davie County Board of Education.

Davie Schools’ Superintendent Jeff Wallace praised members of the board of education for “staying the course” over the past few years at their December meeting.

The new board then unanimously selected Wendy Horne as the new chair, and Dub Potts as the new vice chair.

“We’re better off today because of you,” Wallace said to board members. “I commend all of you for the commitment an cohesive team effort to build and maintain a culture of trust.” 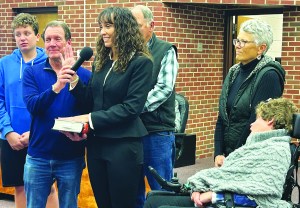 Marie Helms is sworn into office.

The board stood firm amongst the challenges over the last three years, Wallace said.

“You’ve kept students in the forefront of your decision making. Through times of consent, contention and opposing votes, you’ve portrayed true leadership while standing in the middle of the fire.”

He spoke to each outgoing board member.

To Smith: “Your strong compassion to meet the needs of others has been contagious.”

To Carroll: “Your in-depth thoughts have generated quality questions. You’ve caused your colleagues and myself and staff to think beyond where we’re comfortable.”

To Junker: “You were willing to step into the fire with conviction and grace. Your leadership facilitated respect and trust.”

Con Shelton is sworn into office.

Junker had served for 10 years, the past five as chair. Smith and Carroll served four years each.

Renovations to the “K” building at the old Davie High campus on US 601 South in Mocksville are on budget and on time, Wallace said, but that could change due to supply chain issues. The building will house the county’s virtual school as well as administrative offices now housed on Cherry Street.

Winners of the annual Christmas Card Contest for students were recognized by board members.

Heidi Tifft, a senior at Davie High, was selected as the student artist whose work is featured on the front of the school system’s annual holiday card for 2022.

Twelve students who submitted art in the contest were recognized. The winner’s work is highlighted on the front of the card, with others inside.