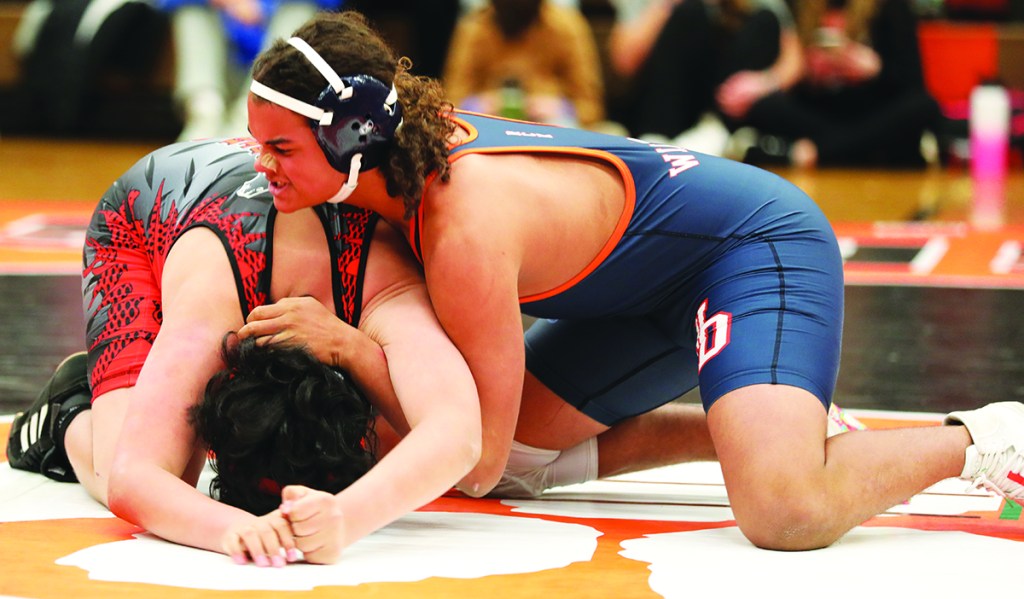 North Davie’s wrestling team ripped off a 30-6 run to erase South Davie’s 13-point lead. But the Tigers overmatched visiting North in the upper weights and celebrated a 59-46 victory on Dec. 6.

South built a 23-10 lead behind a technical fall from Elijah Tatum (83 weight class) and pins from Brody Vaughn, Leighton Reavis (98) and Aidan Szewczyk (113).

“North is really good from 132-152,” South coach Russell Hilton said. “I knew we were going to give up some points right there.”

“Stanley wrestled about as complete a match as you could,” North coach Jamey Holt said. “He controlled the pace, scored from different situations and kept attacking. It was a very solid effort. Carpenter wrestled well. His pin was big at that point in the match. He kept the momentum going from Brayden and Isaac’s pins.”

North’s lead after Carter’s pin was 40-29, but South was just too much in the upper weights.

Meanwhile, North got pins from Jeremiah Hernandez (76) and John Evans (182) and a major decision from Hayden Potts (106). Evans is North’s only unbeaten at 7-0.

“Hernandez is going to be a good one if he stays with it,” Holt said. “He was up 11-4 when he got pinned by West Rowan. He’s a sixth grader with tons of potential. Potts worked hard to get a major.”

Notes: West Rowan beat both Davie teams in the tri-meet. … South left with a 3-3 record. “But we should be 4-2,” Hilton said. “We should have beat West Alexander (it was a 60-48 loss on Dec. 1). I was missing three kids. If I’d had Leighton, we would have tied that match for sure. We’re getting there and we’ll be better at the end of January.” … The Wildcats (3-2) are rebuilding with only three third-year team members: Jenkins, Carpenter and Carter.  “We’ve got to get better, get tougher, get more physical and get in better shape,” Holt said. … Hicks pinned for South at 220, but Holt was proud of DJ McCaskill’s effort. “DJ wrestled hard against Hicks,” he said. “He almost fought off his back to give us a chance at heavyweight to possibly win.”