South’s Dulin scorches the nets for 38 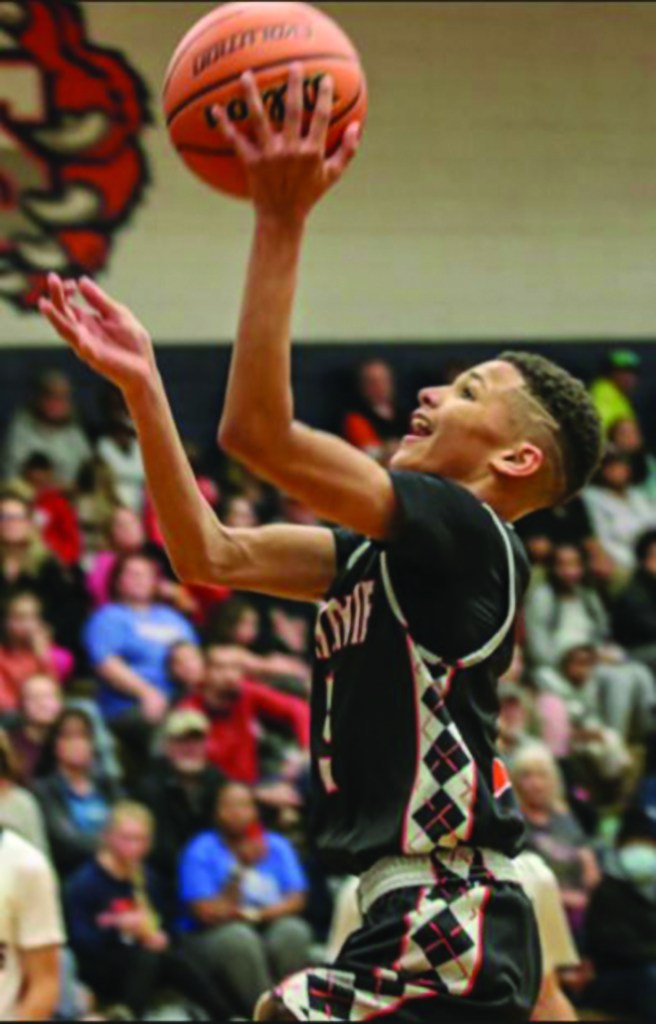 Noah Dulin of the Tigers just missed the South scoring record with 38 points.

There was a fireworks show in the South Davie gym on Dec. 5 when the Tigers hosted Millennium Charter in boys basketball, and the show had everything to do with guard Noah Dulin.

He did something special, scoring 38 points, or two from the program record that dates to South’s first year as a middle school in 1993-94.

Not surprisingly, South throttled Millennium 79-5. (The Lions lost by 25 to North Davie and by 49 to Ellis.)

Dulin went off for 25 points in the first quarter, hitting five 3-pointers in the seven-minute stretch. He was on an insane pace for 100, but coach Germain Mayfield wasn’t going to let that happen against a weak opponent. Dulin added six points in the second and seven in the third. He finished with six 3s and registered 19-plus points for the fifth time in five tries. Yes, South was facing flimsy competition. But 38 is impressive no matter how you slice it.

Oh, and by the way, Dulin drained 16 field goals in roughly 11 minutes of playing time.

“He had that in less than a quarter and a half,” Mayfield said. “He played the first five minutes of the first, four minutes in the second and two minutes in the third – with a running clock (that started with one minute left in the first quarter).”

After winning the previous three games by an aggregate 111 points, Ellis had another easy win at Summit on Dec. 6.

The Ellis gym was the site of a showdown of unbeatens on Dec. 8.  While it was a battle that could have gone either way, the Jaguars never could gain serious traction and suffered their first loss in six games. Phoenix Academy, meanwhile, ran its record to 7-0.

“They kind of had control the whole game,” he said. “Bottom line is we just couldn’t hit shots. It was just one of those nights we couldn’t hit the broad side of a barn.”

Ellis had a chance in the final minute to put game pressure on Phoenix. It just wasn’t meant to be.

“We had three or four chances to get it to a one-possession game,” he said. “We missed two free throws, we turned it over and we missed a layup.”

“Ben played his tail off,” York said. “It was probably the strongest performance he’s had all year. We’ve got a couple kids injured, so he doesn’t get much relief from the bench. He had to pick up the slack and he did. He fought for a bunch of rebounds; I couldn’t tell you how many rebounds he had.

“Braxton is definitely a leader. He gets everybody fired up. As far as handling the ball against pressure, he’s definitely grown a tremendous amount.”

Ellis could have used Colin Harrison and Aiden Horton. Harrison missed his fourth game with an injury, and Horton, a starter, missed both games last week with a sickness.

Edarius Oliver came up with 17 points and five steals as the Wildcats dispatched Wesleyan Christian Academy in High Point on Dec. 6.

“A big road win,” coach Trevor Gooch said. “We played aggressive defense in the first half and got a big lead (38-19).”

“Edarius had a good game both defensively and offensively,” Gooch said. “He is our force man on our pressure defenses. Will stepped in for Harwood and had a nice game playing point guard. Ty hit two 3-pointers in the first half to get us going.”

The bad news is Harwood, who broke a hand in the second quarter, won’t be back anytime soon. North was already missing a key player in Ian Patton, an eighth grader who broke an arm during fall baseball.

After leading by five at the end of the first quarter, the host Wildcats hit turbo and left the Lions in the dust on Dec. 7.

“Edarius is our defensive sparkplug for creating turnovers and easy transition baskets,” Gooch said after North improved to 3-2.