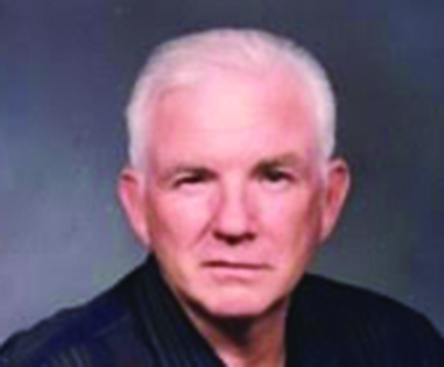 Clark was born at his home place of Red House, W.Va. on Sept. 12, 1938, son of the late Clark Young and Elsie Lavenda (Dunn) Young and affectionately called “Luck”. In addition to his mother and father, Clark reunites in death with: his beloved wife, Constance Ann (Wilkinson) Young; a sister, Juanita Lane; and a brother, Frank Young.

In 1958, Clark joined the US Army and served honorably stateside and in Korea as a Recon Helicopter Repairman until 1962. He continued his military career in the West Virginia Army National Guard. Later, he moved his family to North Carolina where he became a respected leader in helicopter maintenance for the NC Army National Guard Aviation community. In 1973, he began serving as the full-time Maintenance Supervisor at Army Aviation Facility #2. Beginning as an enlisted soldier, he worked his way to the rank of Sergeant First Class and in 1980, after a long training at Ft Eustis, Va., was appointed to Warrant Officer 1. CW4 Young continued to serve in a dual capacity as the Aircraft Armament Supervisor for Company E, 130th Aviation, and Maintenance Supervisor for AASF#2 until he retired in 1998. CW4 Young dedicated nearly 40 years of his life to serving his state and his country.

Clark was baptized into the Christian faith in 1962. Over the years, he served as a Deacon and Sunday School Teacher. Clark was a member of Society Baptist Church and loved his church family. His life was a testimony of faith to family and friends. Clark was also a member of many clubs and organizations including the American Legion and NC National Guard Association. In his free time, he enjoyed planting a garden, deer hunting, reading a good western, bluegrass music, watching Panthers Football, and spending time with his family. He was known for his quick wit, quick grin, sharp mind, and wisdom.