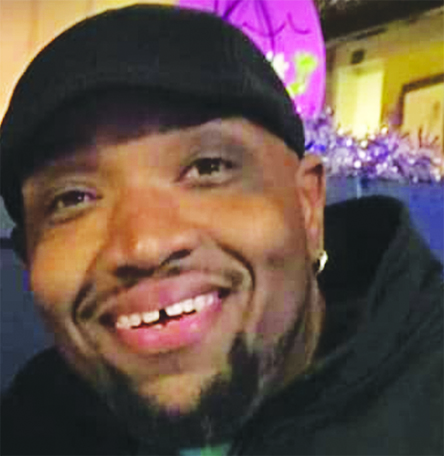 Walt, as he was so lovingly known as, was born on July 31, 1972 in Davie County, son of Billy Garland Etchison and the late Mary Elizabeth (Ijames) Etchison.  In addition to his mother, Walt was preceded in death by his grandmother Jasper Payne Ijames and his grandfather Joseph Ijames.

In life, Walt graduated from Davie High School with the class of 1991. Later, he chose a career as a foreman where he worked with Doosan for over 31 years.  In Spring of 2018, Walt married his wife Crystal Lynn (Hunt) Etchison in Asheboro. They were blessed with nearly four beautiful years together. Walt enjoyed many things in life including R/C trucks and restoring Ford Mustangs.

A visitation for Walt will be held on Saturday, Dec. 10  from 11 a.m.-noon at New Jerusalem Apostolic Church in Mocksville at 291 Campbell Road. Following visitation, Rev. Eric Helton will officiate the funeral service and Pastor Nettye Ijames-Barber will be the eulogist. Walt will be laid to rest in St. John AME Zion Church Cemetery.