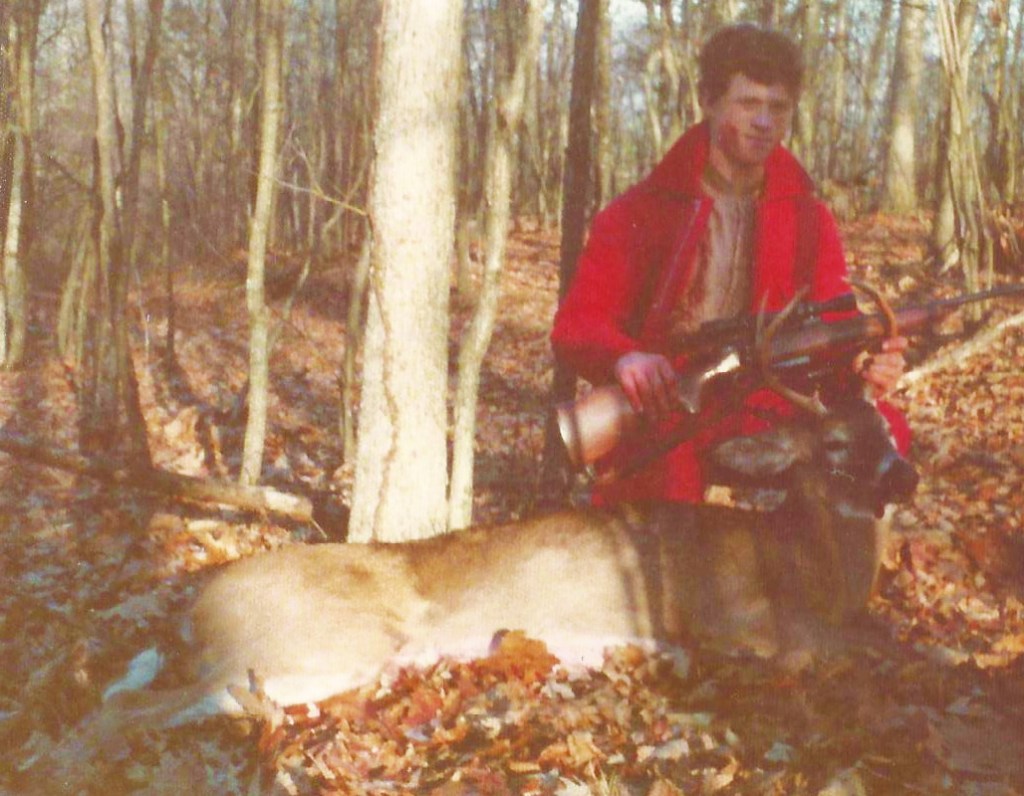 Fifty years. It can’t have been 50 years.

On Dec. 2, 1972, I swung my  $100 Remington deer rifle and $75 Redfield scope – the latter was top-of-the-line at the time – at a 6-point buck that had seen me at just about the same time I’d seen him. He took off up the Massanutten Mountain in Shenandoah County, Va., and I did everything I could to put the crosshairs on deer hair, then squeezed the trigger.

My heart beating wildly, I waited a few minutes, then got up from the cedar tree I was sitting against and went down through the woods to take a look. I had a pretty good idea about one mountain laurel bush the buck had passed on his way to safety, and I walked straight to it.

It was covered in bright, red blood. I looked a little bit more, and I found some more blood. At 16, I thought of only one thing: go get my father.

Sitting about 400 yards up the mountain to my northwest, he had heard the shot and thought it came from close to where I was sitting, at the corner of a big, fallow pasture, looking down into a deep hollow – I would later recognize it as a perfect “pinch point.”

Ten minutes later, we were back at the mountain laurel bush. As we worked our way slowly up the mountain, there were some patches of snow from a Thanksgiving storm, and every once in a while, the white stuff would be splashed with blood. I was so worried that maybe I hadn’t made a good shot and this deer was going to get away.

“Look,” he pointed at two big splashes of blood about 5 feet apart. “He’s bleeding out of both sides. We’re going to find him.”

A moment later, we topped out a little rise, and there, laid out against a sapling, was a buck that had two more points than I had thought. We raced to it. There were hugs all around, some jumping up and down, serious rejoicing. The deer had gone 94 yards from the spot where he’d been shot.

We field-dressed him on the spot, my father showing me the deer’s insides (he grew up a farm boy and had dressed plenty of farm animals) and pointing out the bullet’s wound channel – both lungs. We dragged him to the edge of the field, and my dad went back to his car, a 1970 VW Beetle, and drove up to the deer. We tied it on the back bumper and headed to the check station. The buck weighed 126 pounds, field-dressed, at the general store in Seven Fountains, Va.

It never crossed my mind that my dad might want to stay in the woods and hunt the rest of the day; it was our second hunting season, and neither of us had killed a deer before. I think he was just as excited as I was. We drove the 90 minutes home, directly to the Tysons Corner Locker Plant, where we filled out some paperwork and left the deer to be turned into steaks, chops and venison burger.

Fifty years ago. Yet I remember it like it was yesterday. That .308, now old and with a beat-up stock but carrying a Leupold Vari-X III, has accounted for several dozen deer. I get almost as excited now when a buck or doe visits my deer stand; I had four does and two 4-point bucks walk past, as close as 8 yards, this past Saturday.

I have seen my dad as excited as he was that December morning only one other time: when he dropped the tailgate on his old Ford Ranger about 16 or 17 years ago to show me the 3-point buck that was my son’s first deer. Right there, in front of stand No. 3, we hugged and danced and yelled and loved each other the way only fathers and sons could understand.

I can’t believe it was 50 years ago. If the Lord will give me another 10 or 12 years on this earth, I may be able to dance and hug and yell and love all over my grandson’s first deer.

If that’s not part of your plan, Lord, I’ll understand. But it doesn’t keep me from hoping.

I’ve got news for the people from Texas. Everything isn’t really bigger in your state.

North Carolina produced two huge specimens in the last six weeks, one a fish, one a mammal, that will stand up against anything the Lone Star State has to offer.

On Oct. 18, the second day of bear season in western North Carolina, 21-year-old Caleb Henry of Fries Creek killed the biggest black bear ever tagged in the state’s mountains, a 695-pound specimen from Haywood County.

Henry and hunting buddy Lucas Teague were bear hunting with four dogs when the dogs struck two different bears. They followed Teague’s two dogs because they thought the bear they were trailing was bigger. It bayed shortly thereafter and climbed a tree. Henry shot  him with a .35 Remington.

The previous record NC mountain bear weighed 688 pounds. In general, the bears in North Carolina’s coastal plain grow larger than their mountain cousins, owing to a lot of agricultural crops to eat and not having to climb mountains for a living.

North Carolina’s record black bear – reported to be the biggest black bear on record, from anywhere – was an 880-pound Craven County bruin taken in 1998 by Tennessee hunter Coy Parton, who happens to have a famous cousin who is a country music legend.

Now, to the fish. Cathy Jones of Belhaven caught an enormous speckled trout that will likely wind up as the IGFA women’s world record.

It maintains the gill-net closure in the upper Tar-Pamlico and Neuse River systems through 2024 and maintains a no-possession rule in the Cape Fear River.