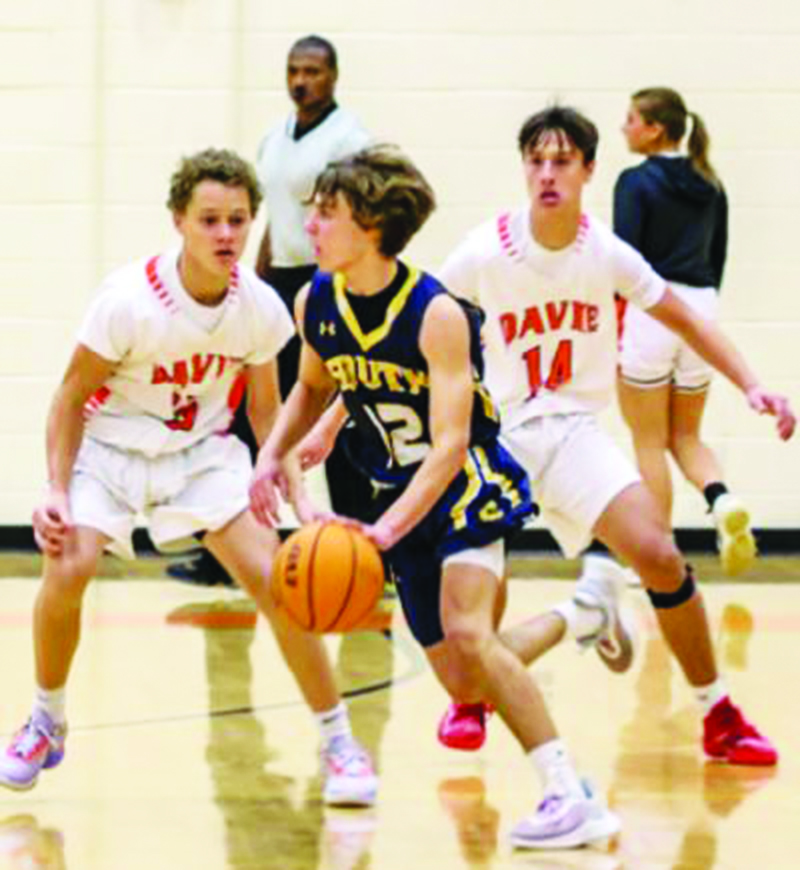 Whoa. Eighty-two one night, 80 the next. How incredible is that?

“We’re deep and we’ve got shooters,” coach Tracey Arnold said. “Just about everybody can shoot it.”

Davie drilled 15 of 26 3-point attempts. That’s a magnificent percentage (.576). The barrage included seven different guys. Driver, Brown and Sulecki hit three triples each, while Owens and Essic hit two apiece. Erlandsson and Vallance hit one each. Sulecki was 3 for 3 from deep.

Erlandsson hit 6 of 8 field goals, grabbed five rebounds and made four steals. Brown and Vallance handed out four assists each as Davie rolled up the most points since a 99-82 win over Reynolds in 2012-13. On that day, Chavin Peebles scored 30, Jordan McDaniel 22 and Kendell Cunningham 21.

One day later against West Rowan, the War Eagles kept their engines humming. The three butt-kickings this season have been by 41, 51 and 43 points.

“When other teams go to the bench, they don’t have as much firepower as we do,” Arnold said.

This was basically a replay of the W. Wilkes game. Ten guys scored as Davie hit 10 triples in 25 tries.

“I can bring in 3-point shooters and there’s not much drop-off,” Arnold said. “When I go to the my subs, we’re not as big but we’re quick. We’ve got a good mix of defensive guys, offensive guys, shooters, a couple of slashers. I’ve kind of got a mix of everything.”

As great as Davie has been, the level of competition is about to rise with the start of conference play. Arnold is ready to see what Davie can do against Reynolds and East Forsyth.

“It’ll be interesting to see how we do against the athletes in our conference,” he said. “We can handle the press and man-to-man, so I think we’re going to do alright this year.”