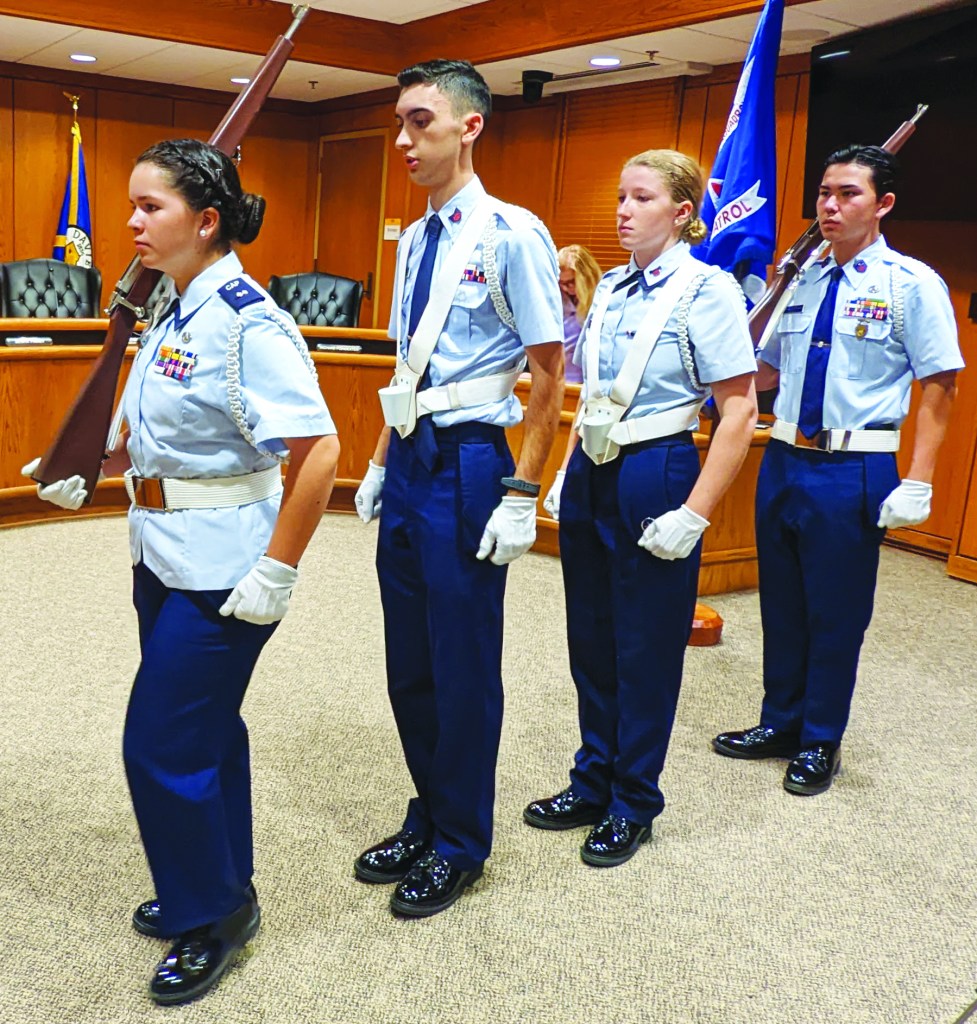 It was an auspicious evening, Thursday, Nov. 10, two days after election day and one day before Veteran’s Day.

The program opened with the Sugar Valley Composite Squadron Color Guard Team demonstrating respect through the Presentation of the Colors, during which they performed complicated drill movements.

The DRI challenge is not only for youth 12-21, but groups or clubs are also encouraged to enter.  In the five-year history of the DRI, this is only the second group to enter.  The volunteer panel unanimously selected the Color Guard Team for its demonstration of respect.

Cadet Technical Sgt.  Isaiah Soto, Color Guard captain, said: “The main purpose of the Color Guard team is to show respect, not only to our organization by carrying the Civil Air Patrol (CAP) flag, but also to our great nation through the bearing of the U.S. flag as well. The Color Guard team is able to demonstrate one of CAP’s core values, Respect, by presenting the Colors at ceremonies and events such as this.”

Addison Hamilton: “This is my fifth month in CAP.  Already, the respect given to me and the respect I’ve given has really had an impact on me. I’ve learned how important it is to respect one another while being part of a team.”

Veronica Martinez, Cadet Commander of the Sugar Valley Composite Squadron: “Through the CAP program, we not only get to see how respect is given, but also how it is received.  CAP shows us that we need to give respect to our teammates and subordinates in addition to those in authority over us.  We’ve always been told that respect is simply treating others the way we want to be treated.  I think it’s time we start doing just that.”

Jacob Chan: “As one of our most important and all-encompassing core values, respect is invaluable to us. As symbolized in the Color Guard, with the national and regional flag in the middle—guarded by two rifles—we want to mirror the image of the sacrifice and protection that our veterans offer for us. Attributing honor and delegating respect to our community is our mission.” 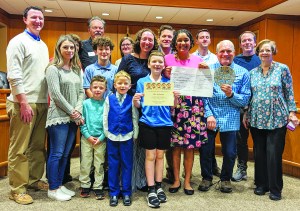 Following the presentation of the Colors, Brian Barnett announced that Ellie Prillaman, a 13-year-old student from South Middle School as an Ambassador of Respect.

In Ellie’s words: “I show respect when I look the person in the eye when they are talking.  Respect is also recognizing when people are being ignored or forgotten and including them.”

Ellie’s winning idea is to create “large splatter paintings” for 10 people at Davie Place Nursing Home.  When she delivers a painting, Ellie will have the opportunity to visit and get to know the resident. Ellie plans to coordinate with the nursing home staff when choosing the residents; she wants to provide paintings for those that may need more support.  There was a sample of one of Ellie’s “splatter paintings” on the monitor at the celebration. It was so colorful and cheerful, that anyone would welcome such a work of art. 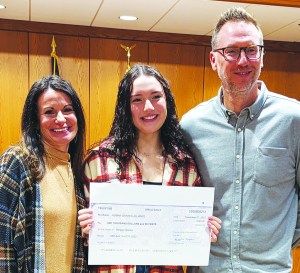 Reagan Brooks was the third Ambassador to receive recognition.  Reagan is a Senior at Davie High and the daughter of two teachers.

Because she has been in and around schools her whole life, Reagan has observed that most of the classrooms for the students with disabilities have either been located in a separate hallway or off to the side and while she knows that these students need their own environment to thrive, they also need to socialize and be an active part of the school activities like every other student.

Throughout high school, it has been Reagan’s mission to include these students, including with her dance team.  The new dance team coach happens to be the Special Ed Teacher so this has allowed many opportunities for Reagan to jump start her project.

“My project’s goal is to make sure that not only the students at my school, but all people living with neurodivergence feel comfortable in their skin and know that they are loved, seen and heard.”

The county manager and executive assistant to the county, the friends and family of the awardees and the DRI Team were all very inspired by these young adults and the difference they are making in Davie County.

Do you know a young person or Davie County youth group between the ages of 12-21, “doing good, being kind, or showing respect” to people, animals or the environment?  Empower our youth by encouraging them to apply to the Davie Respect Initiative or by anonymously nominating them at www.davierespect.com.   The next quarter ends on Dec. 31, the due date for applications. Young individuals as well as DC youth groups can apply on their own or after having been nominated.

Email comments or questions to initiaterespect1@gmail.com.