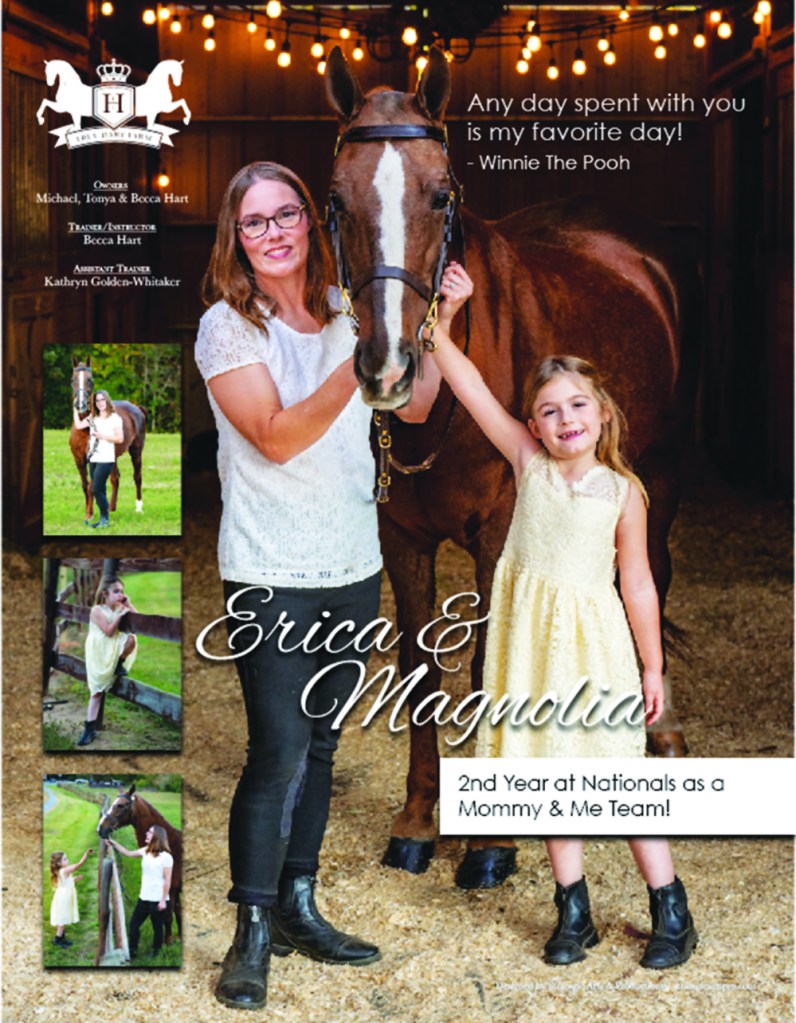 A mother-daughter duo came home from the National Academy Championship Horse Show in Murfressboro , Tenn. with top honors in their age groups.

Dr. Erica Fields and daughter Magnolia, 6, are the only mother and daughter to compete in the saddleseat horse riding competition for the past two years. They train at True Hart Farm in Advance.

Trained by Anna Hart, Fields has been in training twice a week for two and a half years. She rides an American Saddlebred horse named “A Fizzy Affair.” They have competed together for 2.5 years, and have won first and second places in competitions across the Carolinas, Georgia and Tennessee.

The show is the only four-day, three-judge academy show in the nation, with 1,325 riders from 19 states.

In the spirit of competition, the show raised $90,000 for St. Jude Children’s Research Hospital.