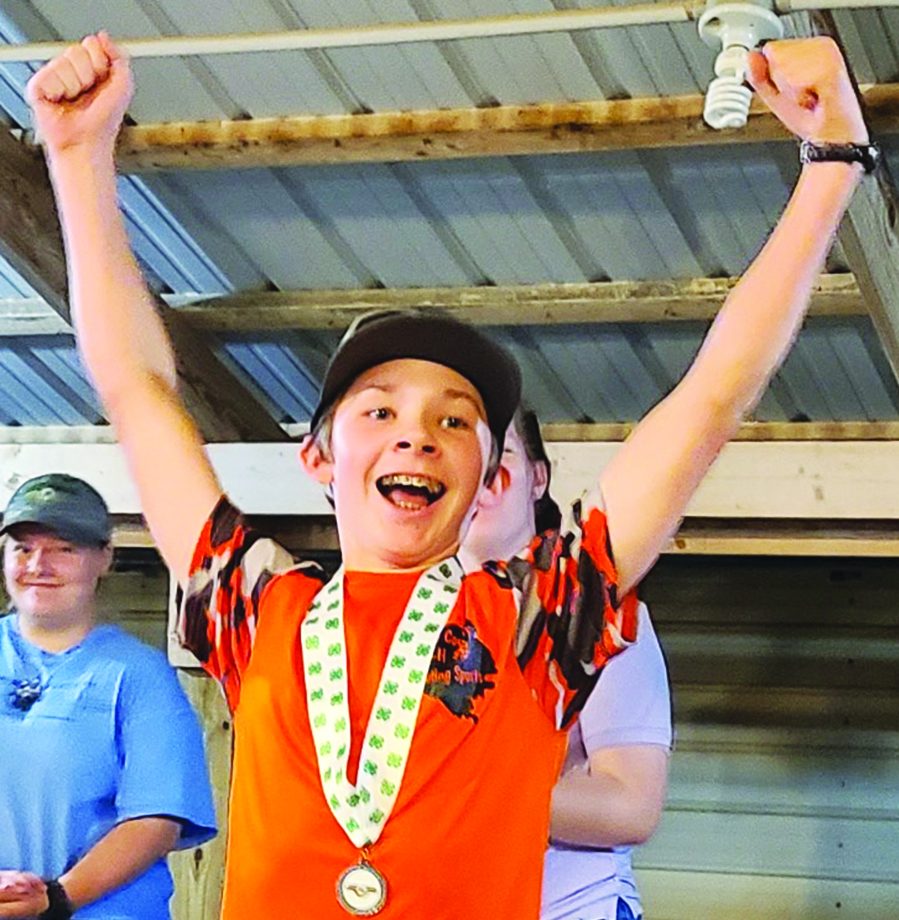 Davie had 17 competitors qualify for the state tournament, but due to a date change because of Hurrican Ian, some were not able to compete due to other obligations.

Evan Durham got second as an Individual Open-Sight Rifle.

Even though everyone didn’t medal, most shot their personal bests in the state tournament. More than half of the Juniors were shooting in their first state tournament. “The future of the Davie Co 4-H Shooting Sports Club is bright,” said Nelson Cowden

Rebekah finished third in Smallbore Pistol as individual and HOA barely edging teammate Eathan who finished 4th. Both shot outstanding scores of 190\200, but Rebekah scored one more “x” (Center of the Bullseye) than Ethan. Ethan placed Second as an Individual in Air Pistol.

The Davie County Shooting Sports Club would like to give a big thanks to Charles Young the NC 4-H Shooting Sports Director and Chad Ray from McDowell Co. who directed the tournament along with all of the parents and volunteers who set this up so we all could shoot. All the kids did an amazing job shooting and they had a great time.