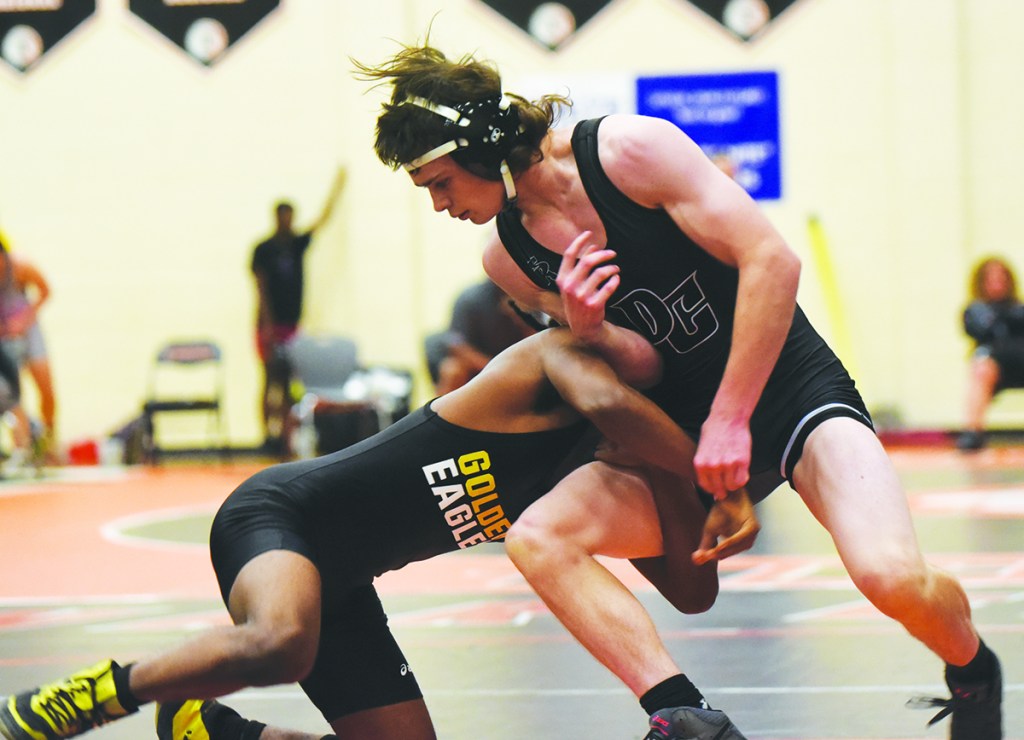 It’s been a satisfying start for a team that has one senior (Hire). In the Lowery Invitational at Davie on Nov. 19, coach Perry Long rolled out one senior, four juniors, three sophomores and four freshmen.

“They better enjoy beating up on them this year, I promise you that, because they’re going to hurt your feelings next year,” Long said. “Look at all the freshmen we started.”

Testa, who finished third in the state as a sophomore, went 4-0 with three pins to take first at 182. No surprise there. The bigger story was Godbey winning by pin and by decision. A junior coming off a 40-win season, he took first at 220 even though he weighed in at 187. That was enough to earn the most outstanding wrestler award in the upper weights.

“Everybody expected Testa to win, but Godbey beat a kid from Northwest Guilford (he decisioned Trey Tuggle 7-2 in the finals), and that kid was a state qualifier last year,” Long said. “(Tuggle) was every bit of 220.”

Davie’s third champion was Strickland, a sophomore who pinned both of his opponents at heavyweight.

“We wrestled well,” Long said. “We’ve got some young ones that are going to be pretty good.”

Davie had five first-place finishers. Alexander and Testa both went 4-0. Hire and Godbey went 3-0 and Strickland 2-0. Testa improved to 8-0 with seven pins.

“Hunter’s been everywhere (to wrestle in the offseason),” Long said. “He went to the Super 32. He’s ready to roll.”

While Godbey is 5-0, Strickland is ready to make a substantial impact after being an undersized heavyweight as a freshman. He’s 4-0 with four pins while weighing around 240, or roughly 20 pounds heavier than a year ago.

“Jerred is tough,” Long said. “His little brother (freshman Jakob Alexander) is going to be pretty good, too. He’s going to be a big boy.”

“They work in practice,” Long said. “I don’t have to say anything to them. They get after it. When you show them something, they are taking it in.”