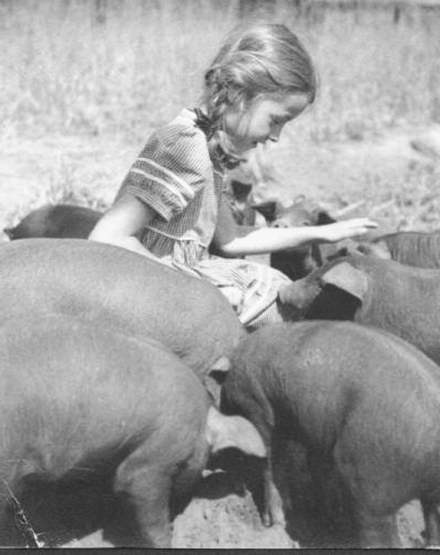 Wesley Chapel United Methodist Church members had a secessful breakfast last month. Proceeds will go to a fund for repaving the church parking lot.  If you would like to give a donation to the parking lot fund in memory or honor of a loved one, send the money to Kathy Ellis, 2108 Cana Rd., Mocksville.  The name of your loved one will be entered in the Church’s Book of Memory, on display in the sanctuary. The next breakfast will be on the third Saturday in December.

The Wesley Chapel United Methodist Women received a new shipment of nuts last Friday: pecan halves, pecan pieces, cashews, and chocolate-covered peanuts for sale.  They may have some other nuts so call Kathy if you need more information. The price is $15 for a pound bag.  Get the nuts for your holiday baking early before this shipment is depleted.

I made a mistake in the last Cana/Pino article. I failed to include the name of Jody Howell as one of the women who met at the home of Marlene Trivette for the Methodist Women’s meeting and to make chrismons for the church Christmas tree. Jody helped so much with that project as she does with other church projects.

Last week, I received a brochure from  Omaha Steaks, which I presume is in Omaha, Neb. and which was advertising Duroc Boneless Country Ham, which it said was “All natural Duroc ham.  Richer and juicier than traditional country hams. Duroc Country ham comes from heritage breed of pork that’s coveted for its juiciness and rich flavor.”

Boy, did that set me to reminiscing.

My father, Everett Frost Etchison, raised pure-bred Duroc hogs. He received orders for from all over the United States. My Dad would build a crate; put the good-sized pig in the crate; attach food for the hog’s trip; and take the crate to the depot in Mocksville, where it would be put on the train destined for a new home. In the meantime, my Mother, Lola Sofley Etchison, had prepared the registration papers which were attached to the crate before the train pulled out from the station.  That was quite a process and Duroc business was good until the Depression hit and then the orders for registered Duroc stopped arriving at Cana.

My Dad had spent time and money on his Duroc business.  He built furrowing houses, which were made to keep the sow (mother hog) from laying down and crushing her piglets, etc. but suddenly Daddy had many pigs and no market.  During the depression, people tried to sell anything that had to try to get a little money.

One day a man drove up to our house in Cana with a piano on his truck. He tried to get my Father to buy the piano. Daddy had no money. He told the man he had no money, but the man would not leave. Finally, Daddy said, “I’ll trade you pigs for that piano. The man said, “Deal.” That’s how I became the proud owner of a piano.  I probably proved to be the poorest piano student that Miss Louise Stroud ever had, and, after five years, piano lessons were over for me.  My sister, who was 10 years younger than me proved to be quite a pianist so the pig/piano trade was a good one after all.

That is not quite the end of the piano story.  After my parents died, my brother, John Etchison, took the piano to his home in Siler City. His two daughters, Tonya and Patrice, excelled so the piano gained another life. After John died, his wife, Rachel, decided to have the piano restored because she also enjoyed playing. A man who does such work, took the insides of the piano to his shop and restored it for $3,000.

Now back to the pig story: Dad still had hogs, a lot of hogs, when Franklin D. Roosevelt was elected Presiden. Roosevelt began programs to put people to work. A Civil Conservation Camp (CCC), an organization which enlisted to work on civil projects, was built in Mocksville at Yadkinville Road and Wilkesboro Street where the old Blackwelder plant used to be. My Father would go to that camp and get the food garbage to feed those darn pigs. He would bring big barrels of that garbage back to Cana. When he poured the garbage out, forks and knives used by the CCC men would sometimes also pour out.  I guess the men dumped the silver when they dumped their trays. Some of that silverware, which of course wasn’t silverware, may still be around Frostland.

Are the hams now being sold by Omaha Steaks in Nebraska from the hogs that are the descedants of those fine red Duroc hogs that were grown by Everett Etchison at Frostland in Cana, North Carolina in the late 1930s and early 1940s and shipped by train from Mocksville to many other states?

You can be sure that I ordered a Duroc ham.