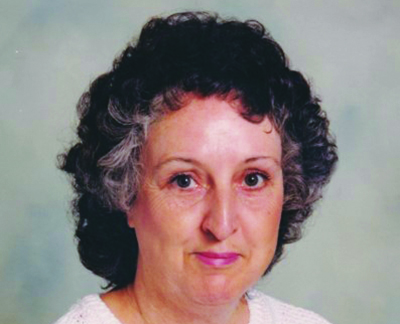 Barbara was born on March 24, 1934 in Davie County, daughter of the late Luke Vestal Smith and Rosa Jane Smith. In addition to her mother and father, Barbara was preceded in death by: her loving husband of 10 years, Willie James Sanders; 2 brothers, Lee and Wayne Smith; 2 sisters, Carolyn Smith and Faye Myers; and a grandson, Steven Cranfill.

In life, Barbara graduated from high school in Davie County with the class of 1952. She later chose a career in childcare where she worked for 30 years before retiring. After her time in childcare, Barbara worked as a security guard for Ingersoll Rand where she worked for over 10 years. Barbara was of the Methodist faith and a member of Bethlehem United Methodist Church in Advance.

On Tuesday, Nov, 29, a visitation will be held at Davie Funeral Service of Mocksville from noon-2 p.m., followed by the funeral service at 2. Pastor Bleu Reavis and Pastor Wayne Swisher will officiate.  Barbara will be laid to rest in Bethlehem United Methodist Church Cemetery.