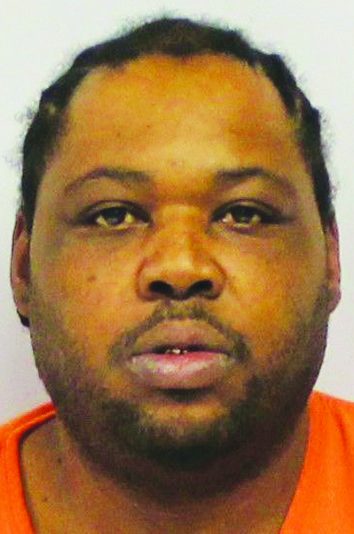 A Winston-Salem man is in custody after leading police on a vehicle chase from Downtown Mocksville to Clemmons – that included a brief wreck that partly dismantled the suspect’s car before he sped off again.

Steven Cody, 45, was driving a vehicle at Main and Depot streets in downtown Mocksville at 7:26 p.m. Friday, Nov. 26 when a Davie Sheriff’s deputy attempted a stop for a traffic violation, reported Chief Deputy Brian Jacobs.

“As the deputy activated their blue lights and siren, the vehicle sped up and refused to stop,” according to a sheriff’s news release.

The vehicle sped down North Main Street and US 158 to Chal Smith Road, where the suspect lost control and it went off the road and struck a tree.

“The vehicle was able to make it back onto US 158 where it continued to travel east, losing pieces of the vehicle.”

Ahead, the N.C. Highway Patrol and Forsyth County Sheriff’s Office were waiting. Both joined in the pursuit.

Forsyth officers deployed stop sticks (to deflate the suspect’s tires) at Harper Road and US 158, and the vehicle was surrounded on Spangenburg Ave., the news release said.

Cody was taken into custody on a 48-hour domestic violence hold, and served an outstanding warrant for assault on a female. He was given a $20,000 bond, pending a Dec. 8 first appearance hearing in Davie District Court.

Among the traffic charges from the chase: felony fleeing with a vehicle to elude arrest, operating a vehicle with a revoked registration plate, driving while license revoked, reckless driving, injury to property, speeding, failure to reduce speed, failure to maintain lane control, improper equipment, and having an improper steering mechanism on a vehicle.