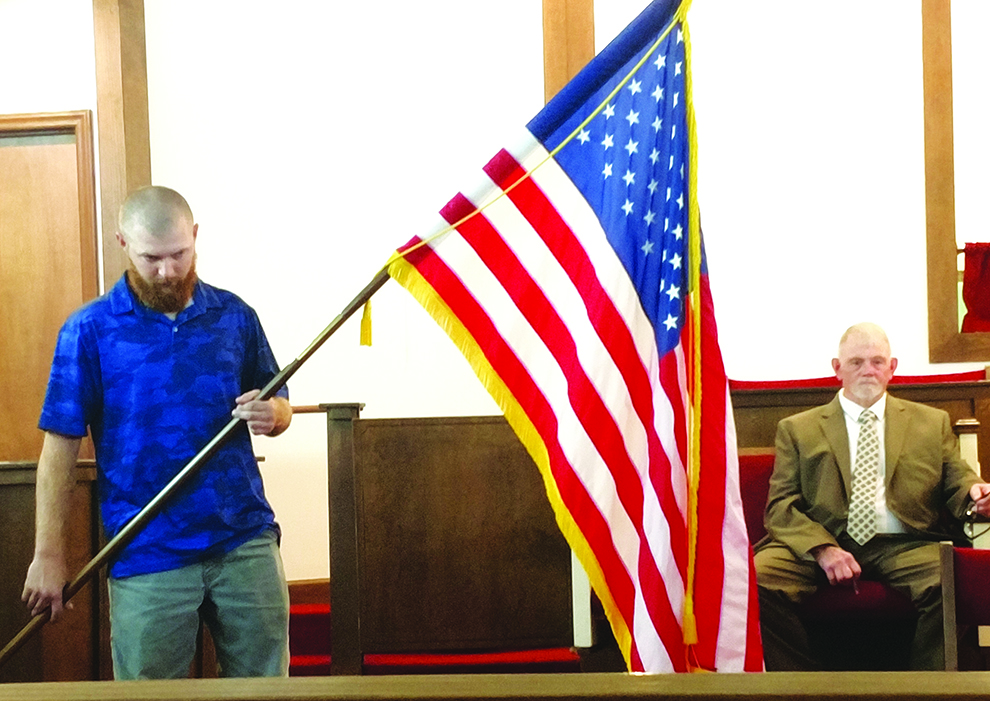 County Liners are busy planning for the Thanksgiving holidays and family dinners and gatherings. With the onset of freezing temps this week, some folks also have Christmas and snow on their minds. Then, those of us who love flowers are busy protecting them from the freezing temps.  Be sure to check on elderly neighbors on cold days.

Members of Society Baptist Church are asked to meet at 9 a.m. Saturday, Nov. 19 to assemble the boxes of Thanksgiving dinner groceries for families of need in the area. Members will then take the groceries to homes.

Pleasant View Baptist Church will have a covered-dish Thanksgiving dinner in the following the 11 a.m. worship service Sunday, Nov. 20. Church members invite others for this day of thanksgiving worship and fellowship dinner.

Our community extends its deepest sympathy to the family of Priscilla Claire Seamon Dwiggins, who died early Sunday afternoon of last week at Gordon Hospice House of Statesville after a brief battle with cancer. The older of two children, she was born in Rowan County in 1950 to the late J.C. and Evelyn Boger Seamon of Ridge Road.  She attended Society Baptist Church with her family. She also attended Cool Spring High School and in 1965 transferred to Davie County High School, where she graduated in 1968.

Priscilla married James Clayton “Jim” Dwiggins of Davie in 1968 at Society Baptist.  Initially the couple made their home on Ridge Road and later bought a home nearby on US 64 West; where they reared children Johnny, Donna, and C.J. and joined in worship at Society Baptist.

In life Priscilla was a licensed beautician and operated and owned a beauty shop. She was also a sales representative for Avon Products, had worked in the cafeteria at Cool Spring Elementary, and was retired from Davie County Schools cafeteria management.

A service celebrating her life was held Thursday afternoon of last week at Society Baptist; where she was a faithful member,  choir director, and organizer of the quilt ministry.  She was laid to rest in the church cemetery beside her beloved husband Jim, who died in March 2014.

We extend our deepest sympathy to the family of John Reid “Johnny” Towell, who died at home Monday of last week after a period of declining health. The third of five children, he was born in Iredell County in 1946 to the late Lemuel Reid and Veatrice Jones Towell of Davie Academy Road.  He attended Jericho Church of Christ with his family.

Johnny began school at Cool Spring High School and later transferred to Davie County Schools; in 1964 he graduated from Davie High School, where he was a varsity team football player for three years. In 1966 he entered the US Navy, served two tours of duty in Vietnam, was awarded the Purple Heart and Silver Star, and was honorably discharged in 1975.  He continued his military support and relations as a member of the VFW of Advance.

Johnny and wife Jeannie settled on a farm on Stroud Mill Road off NC 901 and enjoyed raising their animals, gardening, and country life.  A professional independent truck driver by trade, he also was a dedicated active member of the V-Point Ruritan Club, where he had served as club president and on committees and was a regular cook at the monthly breakfasts.

A service celebrating his life was held yesterday (Wednesday) morning at Jericho Church of Christ, where he had been a faithful longtime member.

Both the Seamon-Dwiggins and Towell families have been contributors to our community news through the years. Their support and sharing treasured family photos and stories plus news of community events have been greatly appreciated.

Join us in prayer for the Lord’s divine healing upon Margaret Ann, Betty, Jim, Alice, and other residents who are having health problems. Pray for the Lord’s support and comfort upon the families of Priscilla and Johnny as they deeply miss their loved ones. Remember in prayer the family of John Norris Blackwelder, who died last Friday; he was the son of the late County Line native Thelma Godbey Blackwelder and husband Norris.

Our country, state, and community paused Friday to pay tribute to veterans, living and deceased, and to thank them for their military service to our country and for protecting our freedom and safety here and abroad.  It was Veterans Day and was celebrated with patriotic programs and parades.

Originally known as Armistice Day, the day was first celebrated Dec. 11, 1919, a year after the armistice ending the fighting of “The Great War” was signed the 11th hour of the 11th day of the 11th month of 1918.  Today it is commemorated in many countries of the world.

In 1938 the US Congress made Nov. 11, known as Armistice Day, a legal holiday every year.  After World War II, the day was changed to honor American veterans of all wars and was called Veterans Day.

Under the Uniform Holiday Bill,  Veterans Day was celebrated on various dates from 1971 to 1978. After much public objection due to the historic and patriotic importance of the date,  Veterans Day was returned to Nov. 11 regardless of the day of week.

Our local churches recognized the veterans in attendance for their service and thanked them. Folks at Piney Grove AME Zion had a time of silent prayer of thankfulness and safety/protection for our veterans and current troops.

Calvary Baptist recognized their veterans and presented them with patriotic quilts as shown in our photos. The quilts were pieced and quilted by the Women on Mission of the church.  Robert Tucker chose the US Army as a career and is a 20-year retiree. Mike Carlton served eight years active duty and retired from the US Army Reserves of Salisbury in 2000 after entering service in 1977.

Salem United Methodist snapped a photo of their three veterans upon recognition of their service. Leonard Godbey also chose the US Army as a career and is a US Army retiree.

Three of our Cool Spring High School veterans from the Class of ’60 and the Class of ’62 attended the Davie Senior Center luncheon honoring veterans last Thursday. They and their wives enjoyed the food and the program.

Our County Line community appreciates greatly the service of all veterans.  We live in a free democracy today due to their military service in our country and abroad.

Sadly, the funeral for one of our County Line dedicated veterans was held yesterday. Our thoughts and prayers are with the family of Johnny Towell, who was active in our community as long as his health permitted.

Here’s hoping veterans has a restful and happy day.