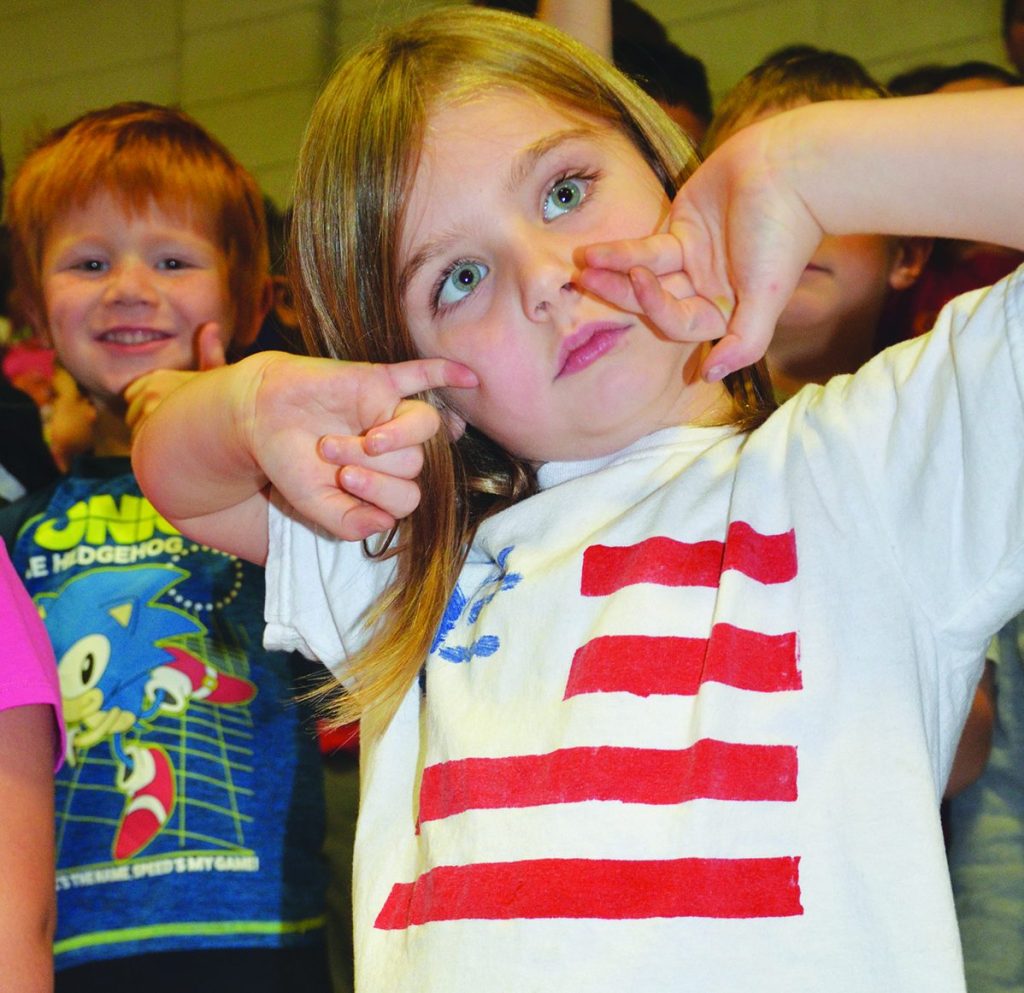 He wasn’t sure about the direction in his life. He just knew he needed a job. And for a job, he needed a skill.

He joined the Armed Services to learn a trade – possibly to be a mechanic.

The Air Force taught him to be a plumber, and after serving his country from 1979-1983, he returned to civilian life – as a plumber.

“It was a great deal for me,” said the Mocksville resident, who later became a restaurant manager.

Bartanen was at the veterans celebration at Cornatzer Elementary School last Friday, meeting grandson Alex for breakfast. Students with relatives who had served in the military were invited to that breakfast with their relatives, prior to an assembly in the school gym.

Veteran Bill Hines told the students about life on a submarine, and why people volunteer to serve their country in the military.

“You can be whatever you want. You can study whatever you want, but you have rights and responsibilities.” The US Constitution, he said, is one of the most perfect political documents ever written.

“Peace between nations is something we all want to achieve,” he said.