‘Take a Closer Walk with Patsy Cline’ Saturday at The Brock 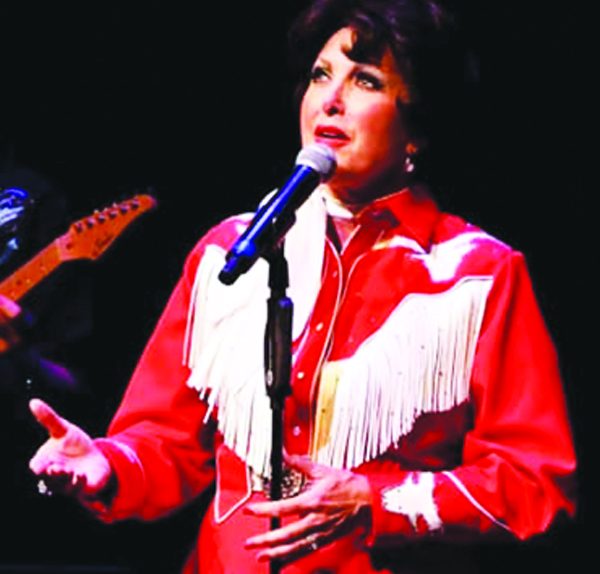 Davie County Arts Council will host a concert by Gail Bliss performing “The Songs of Patsy Cline” on Saturday, Nov. 12 at 7:30 p.m. at the Brock Performing Arts Center.

Chosen from more than 600 hopefuls to portray the legendary Patsy Cline in the first national tour of “A Closer Walk with Patsy Cline,” Gail stepped into Patsy’s boots and has been wearing them proudly since 1994.  She counts more than 2,800 performances in the Patsy role to her resume’ and has not only starred in the theatrical presentation, but also directs and produces it in venues across North America.

She has also played the role of Ms. Cline in “Patsy!” at the Grand Palace in Branson, Mo. and in “Always Patsy Cline” in Fort Worth, Texas.

Endorsed by the Cline estate, Charlie Dick, Patsy Cline’s widower, cites Gail as “the best he’s ever seen” in portraying the singer.  Currently living not far away in the Myrtle Beach area, Gail is thrilled to be in North Carolina with her two hour Patsy Cline concert exclusively focusing on the music she knows and loves so well.

Her six recorded CDs showcase her talent as a country and gospel artist as well as song writer. “Gail Bliss & Patsy Cline”, “It’s About Cline”, the award winning country gospel project, “Where Love Lives”, the classic country “For The Good Times” and the theatrical country original, “Play It By Heart, Songs from the Musical.”

She will bring musicians to play the tunes everyone knows made popular by Patsy Cline, including: Billy Easton on pedal steel guitar; Nate Felty on drums; Rory Hoffman on piano, guitar, and sax; Eric Lews who does double duty as the group’s band leader and guitar;  Jimmy Sullivan for his bass; and Aaron Till on fiddle and Tic-Tac Bass.

Patsy Cline would have celebrated her 90th birthday this year.  She died  at the age of 30.