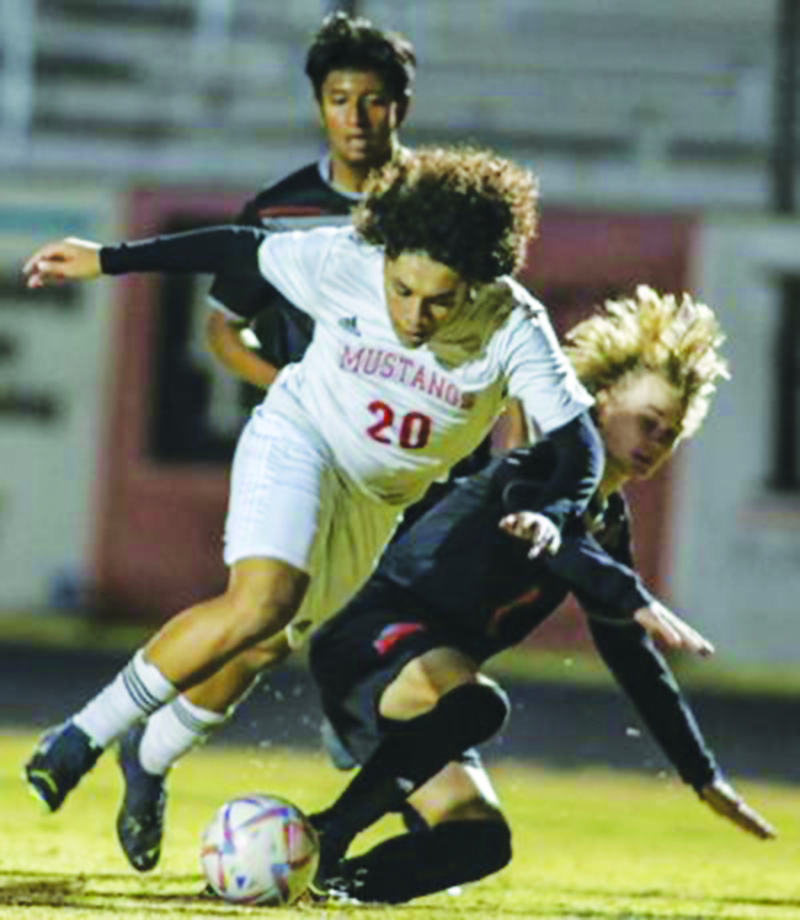 Back on Oct. 10, it looked like all hope was lost for Davie’s varsity soccer team. It was 0-9 in the Central Piedmont Conference and a winless league record for the seventh time in eight seasons looked like a distinct possibility.

But then the first miracle happened. The War Eagles overcame the absence of three starters and beat Reagan for the first time since 2013.

More magic would follow. Six days after spoiling the Raiders’ Senior Night, the War Eagles stunned Parkland 5-4 in overtime on Oct. 24. The win seemed inconceivable since Parkland blew out Davie 7-2 in late September, but Nick Ruff scored in OT and Davie notched its most wins (four) in eight years in Marco Rebollar’s first year as coach.

The moment was extra satisfying because it was Senior Night for seven guys: Peter Marks, Ruff, Caleb McDaniel, Nolberto Vargas, Ethan Pruitt, Joshua Cruz Jimenez and Daniel Hernandez. And again Davie, which was missing two starters, pulled it off at less than full strength.

“The flu was going around Davie and some of the guys were just getting over being sick,” Rebollar said.

Everything clicked for Davie in the first half, resulting in a 4-1 halftime lead.

“We came out firing,” Rebollar said. “It was Senior Night, Nick was the first one to score and that got the guys pumped up. You could hear them saying: ‘Let’s do this for the seniors.’ We came out hungry. We were high pressing them and got after them.”

Davie had to fight hard to prevail because the Mustangs flipped a switch in the second half. They came roaring back to tie it at 4-4.

“They came out blazing,” Rebollar said. “They definitely controlled the second half. I’m sure their coach got them fired up. I mean they were all over us. They kept the ball about 90 percent of the time on our half. I don’t think we even got a shot in the second half.”

Early in the first of two 10-minute OTs, Alex DelCarmen and Ruff came to the Davie rescue.

“DelCarmen pretty much took on their whole right side of the field,” Rebollar said. “He took them one on one. He got a cross off at the last second and the ball landed in Nick’s lap.”

Ruff, who drained the tying goal in the 2-1 win over Reagan, came through again as he scored his second goal of the night.

“Nick had maybe five seconds with the ball,” Rebollar said. “I was like: ‘Is he ever going to shoot it?’ He finally shot it and it went in the bottom left corner. It was awesome to see. I ask him to lead. I needed him to lead the group in overtime, and I told him to set the tempo. He took that personal. He played all through the middle of the field – forward, center attacking mid, center defensive mid and center back.”

Later in OT, Parkland (3-15-3 overall) missed a golden opportunity to tie the game and Davie celebrated a thrilling win. Alex Torres, Marks and Justin Rayas also scored as Davie put up the most goals in 34 games and the most in 109 CPC games (5-2 over Parkland in 2013). Providing assists were Rayas, Marks and DelCarmen.

A lot of guys made it possible. Among them was Marks, who built on the momentum from his game-winning goal against Reagan.

“Peter is a versatile guy,” Rebollar said. “I move him from up top to winger to defense, and he did all three of those (against Parkland) – and never once complained. You put him somewhere and he’s going to try to do his best. You can’t ask for more than that.”

Felipe Flores was reliable as usual at goalie.

“That kid is impressive,” Rebollar said. “Some of the saves he makes – with his agility – are phenomenal. I enjoy watching him and I’m glad I get to see him for two more years.”

Davie doesn’t rise to its most wins since 2014 without defenders Alex Tarbet, Emmanuel Alanis and Zachary Hill and center attacking mid Rayas.

“(Alanis) is a kid we pulled up,” Rebollar said. “I didn’t get to watch him play much during the summer, so I started him on JV. I pulled him up before conference play. He saw a lot of minutes in other games, but tonight he saw the most minutes he’s seen all season. Kudos to him.”

Although Davie could not keep pace with Mt. Tabor and Glenn in the final two games, Rebollar beamed at his boys for persevering through this building-a-foundation season.

“As a coach, all I ask of my boys is to give me everything they have and never quit on me, no matter how outmatched we may be,” he said. “This group did just that game after game, and for that I am grateful. Thank you, guys, for accepting me in Year One as your coach.

“We are a young group that’s hungry. I’m looking forward to seeing them make the jump next season and seeing what kind of noise we can make in one of the toughest conferences in the state.

“One more thing: I would like to thank the coaching staff, Nate Hinshaw and Tyler Dinkins for putting up with me all season and allowing me to bounce ideas off of them and them providing me with their own.”