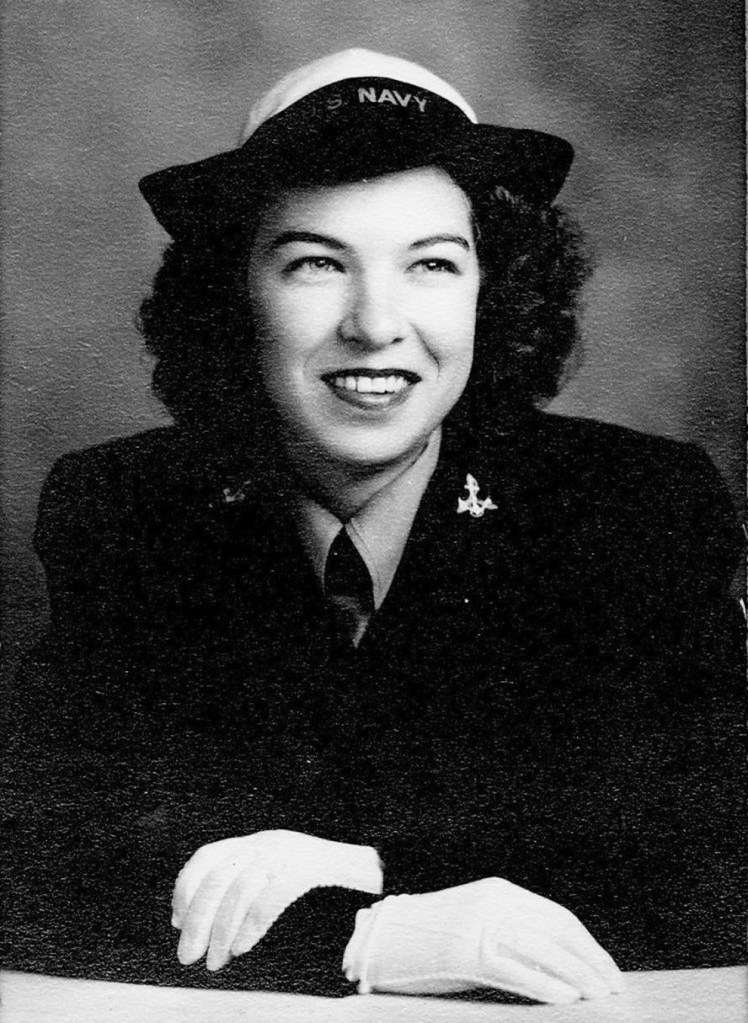 Everybody knows her as Cricket.

She has had the nickname since she was an infant. A neighbor who came to see the new baby in a crib noted that she, with moving arms and kicking legs, was as lively as a cricket. The name stuck.

Ethel “Cricket” Wilson, now Cricket Poland, was the second of four sisters. She has outlived her parents, Walt and Ella, and her sisters Ruby (oldest of four), Erlene (third born), and Nellie (youngest).

Nellie married farmer Charlie Angell and became Nellie Angell. Her father helped built her the house on Brantley Farm Road off US 601 N. in Mocksville.

Ruby married Alec Piper, a World War I veteran who suffered a poison gas attack in that war.

Both Erlene and Ruby lived on the rural road that was later named in honor of their father, Walt Wilson. He also helped build both of their houses.

While Cricket’s sisters all remained in Mocksville, she set out to find her future, going to a secretarial school in South Carolina, which showed her she did not want to be an office assistant.

The Japanese invasion of Pearl Harbor convinced her to join the Navy (she thought the Army was sloppy), but she had to wait until the Navy created the WAVES for women in 1942 before she could enlist. She was sent to Stillwater, Okla. for basic training. She remembers the white fabric of the WAVES’ caps allowing her to spot the other women outside when drills began in the pre-dawn darkness.

With that completed, she was transferred to Washington, D.C., where she began her top secret work with other “Code Girls.”

She lived with other WAVES across the street from the Navy’s Communication Annex where she worked. She would dress in her uniform to go in public and cross the street. Once she passed through the Marine-manned entrance, through the two security fences patrolled by armed Marines with dogs, and into the Navy building, she changed into her less glamorous work clothes.

The reverse process was followed at the end of the work day.

On such a work day, she wore her dress uniform only to cross the street. But she was a North Carolina country girl in the country’s capital, and she and her WAVES roommates happily explored the capital sights, proud to wear their uniforms.

Their children are Lucinda (living in Ohio), Dana (living in Michigan near his mother), and Kenneth (living in Vermont).

Many of her nephews and nieces and relatives still live in and around Mocksville. I have many fond memories of visiting my only male cousin among my North Carolina relatives and hanging around on the farm, hoping to get a chance to drive a tractor or operate a piece of farm equipment, which was foreign to me as a northern boy living in a suburb.

Cricket knew the Ferebee family of Mocksville. Major Thomas Ferebee was the bombardier on the B-29 bomber “Enola Gay” in WWII. He dropped the first atomic bomb on Japan.

As a girl, she lived in a house built by her father. It was originally a log cabin built by her mother’s grandfather, that was expanded. Although in decay, the house still stands on Walt Wilson Road.

Water came from a hand dug well. There was no indoor toilet. The laundry room was a laundry hut in the yard. The roller wringer on the washing machine fascinated me. Mother hoped it would scare me into keeping my fingers away from it turning wooden rollers.

There was no water heater in the house (no electricity). Water was warned on the stove in pots. Later on, by the 1960s, I remember a heating coil that dropped into the bathtub water to warm it up-an electrical device used in the bathtub.

Her father, Walt Wilson and mother Ella (known by her nickname “Mazzie”) worked at the Erwin textile mill in Cooleemee before becoming he employed himself as a custom cabinetry maker.

In the horse and buggy days, there was a horse and a cow on the property. There was no electricity or telephone there in the 1920s when Cricket was a girl growing up (She was born  on Oct. 10, 1919). The Wilsons kept their milk stored in a stream (what many in Davie County would call a branch). A floorless hut kept the sun off the milk and completed the refrigeration.

They also had an underground storage area that was lined with sawdust for thermal insulation. In cold winter weather when ice could be obtained from frozen over bodies of water, they would have chunks of ice in this storage area that was underneath a storage shed. This then served as a refrigerator.

Kerosene hurricane lamps were used at night as father Walter knew the dangers of candles and never allowed their use.

She remembers getting her driver’s license in Mocksville. She was at the downtown soda foundatin when a police officer entered, and she told her friends she was going to get her license. She told the officer, who asked her age (16), and he issued her a driver’s license on the spot.

Last summer, the US Navy intereviewed Cricket about her role in the war. It can be viewed at: https://www.dvidshub.net/video/821410/ethel-cricket-poland-wwii-waves-code-breaker.

Her assumption that the Navy broke the ememy code after capturing an Enigma encrypting machine from a U-boat isn’t exactly accurate. However, the blanket she mentions that was wrapped around the portable Enigma machine was later given away. My mother claimed it, and it remains in our family.