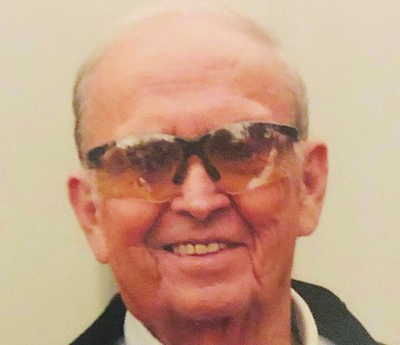 Harry graduated from Griffith High School in 1958 and proudly served his country in the U.S. Army. He worked for RJ Reynolds for 32 years, retiring in 1989. After retiring, Harry did not embrace the retirement world well and went to work for Davie County Schools as a bus driver for North Davie Jr. High School. Harry was a jack of all trades, an animal lover, a great gardener, saw the benefit in hard work, and had common sense. If it was broken, he would fix it, and if he could not fix it, it did not get fixed because, “no one else could do it right!” During his time at RJ Reynolds, he was chosen to go with a group to Germany on two separate occasions to learn about the operation of new machinery they would be installing and operating. Harry had two gardens that produced lots of vegetables and he always enjoyed sharing his harvest with friends and family. He raised and cared for many sheep (Blossom), dogs (June, Gus), cats (Daisy #1 & #2) and any other animal that found its way to his home. You could always find Harry on a skid steer, lawn mower, or tractor fixing things around the home or working with his chainsaws in the woods to bring in firewood that he cut to keep two houses warm during the winter months. Harry wasn’t shy about handing out information, opinions, or advice whether you wanted it or not, but it was always done with the best of intentions. He always provided his girls with the best life advice such as, “always check your oil; it is the life of any vehicle.” Harry was a family man who found great pride in providing for his family. He was married for 57 years to Perrie Anderson Milam whom he met while cruising on Stratford Road in Winston-Salem. After dating only 6 short months, they were married on June 26, 1965. Their marriage was blessed with two girls whom he loved dearly and would do anything for.

A graveside service will be held on Sunday, Nov. 6 at Center United Methodist Church Cemetery, 1857 US 64 W., Mocksville, at 3 p.m. with Rev. John Erwin and Rev. Jessie Teal officiating. The family will receive friends following the service in the church’s Family Life Center.