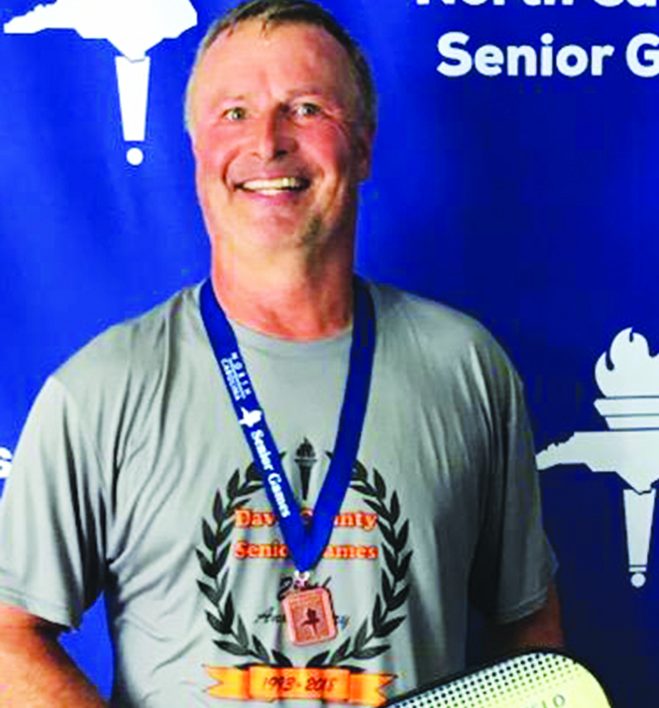 Senior Games is celebrated all year as Davie Senior Services provides events, programs and clinics, as well as practice and preparations for the 2023 games.

Every year, Davie Senior Games is held between February-May and is enjoyed by people from Advance to Mocksville to Cooleemee. After competing, the individuals that place in the top three at the local level can compete at the state level.

The N.C. Senior Games State Finals are held in Raleigh each year beginning in September and running through November. The majority of the competitive games and SilverArts Showcases are held during the middle of September which is titled “Big Week,” when hundreds of athletes and artists from across the state come together to compete in events ranging from shuffleboard to track to table tennis. Additional events are held until November ranging from archery to cornhole.

Here are winners from Davie at the NC Finals:

• Judy Phillips, second, cornhole, and third in bocce and in shuffleboard;

Interested in joining the Davie County Senior Games? You must be 50 or older and live in Davie County. Call Senior Services at 336-753-6230.