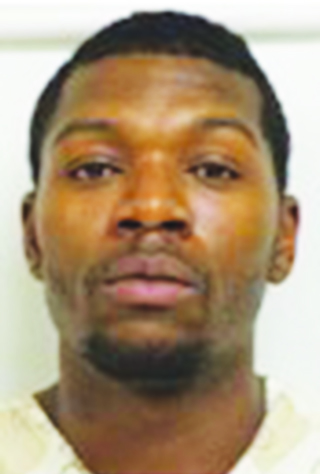 He fled from officers attempting a traffic stop on Oct. 19.

Davie Sheriff J.D. Hartman reports that about 5:40 p.m., deputies attempted to initiate a traffic stop on a red Honda Accord on Pine Ridge Rosd near Tatum Road following an ongoing drug investigation at White’s residence.

Deputies recognized White as the driver.

“White did not stop and continued down Pine Ridge Road at a high rate of speed toward NC 801 S. and a vehicle pursuit began,” Hartman reported.

White made a left turn onto NC 801 South and continued into Rowan County. Deputies continued to pursue White who eventually pulled over and exited his vehicle running into the woods.

owan County Sheriff’s Office assisted in a search of the area and deputies located items that White had fled with, controlled substances and narcotic paraphernalia.

White has active warrants for his arrest for the following charges:

Anyone with information on White’s location can contact the Davie Sheriff’s Office at 336-751-6238, email sheriff@dcsonc.com or leave an anonymous tip through the sheriff’s website at  https://davie-so-nc.zuercherportal.com/#/submit_tip.