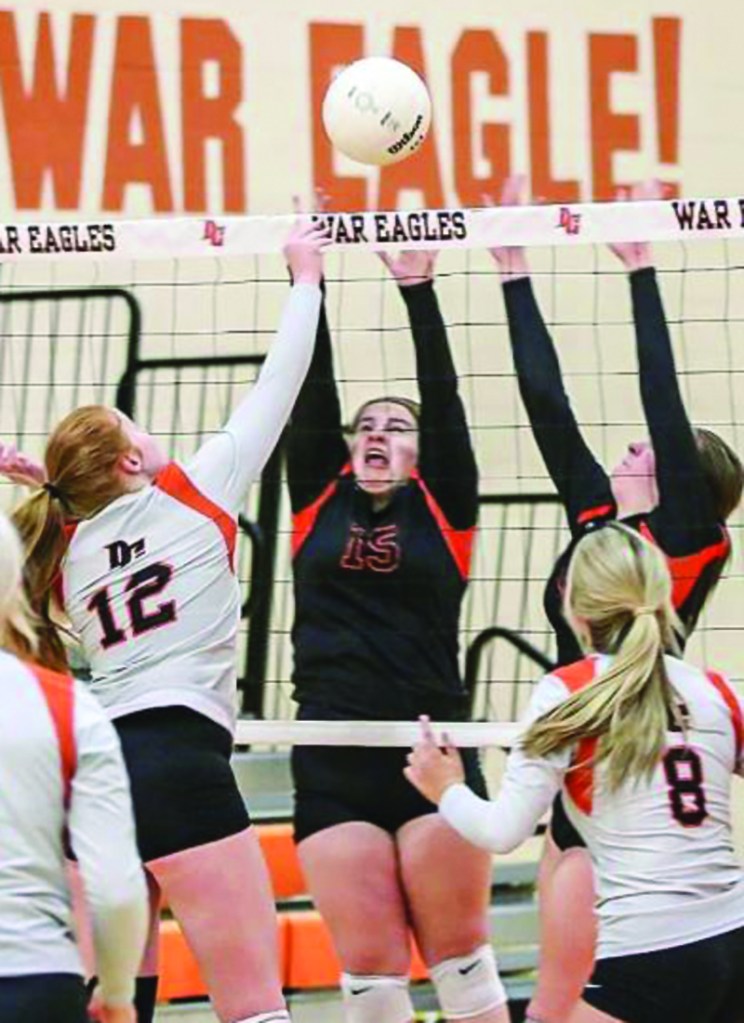 Davie’s JV volleyball closed the season with three consecutive wins, including a 2-0 verdict at Glenn on Oct. 13.

Sophomores Addison Wilson and Mallorie Brown were two of the main reasons the War Eagles went 9-5 overall and 9-3 in the conference in Tabatha Lyons’ first year as coach.

“Addison’s had a good nine months,” varsity coach Amber Brandon said. “In the offseason, she showed a passion about wanting to get better, so she worked really hard during club season. She’s been a good leader on the court this year.”

Brown did an outstanding job at libero.

“She’s been the tooth of that serve-receive and defense,” Brandon said. “She didn’t get a lot of playing time last year just because pretty much everyone in the lineup was sophomores. She has stepped into a big role and made some really good strides. I’ve seen a ton of improvement from her this year.”