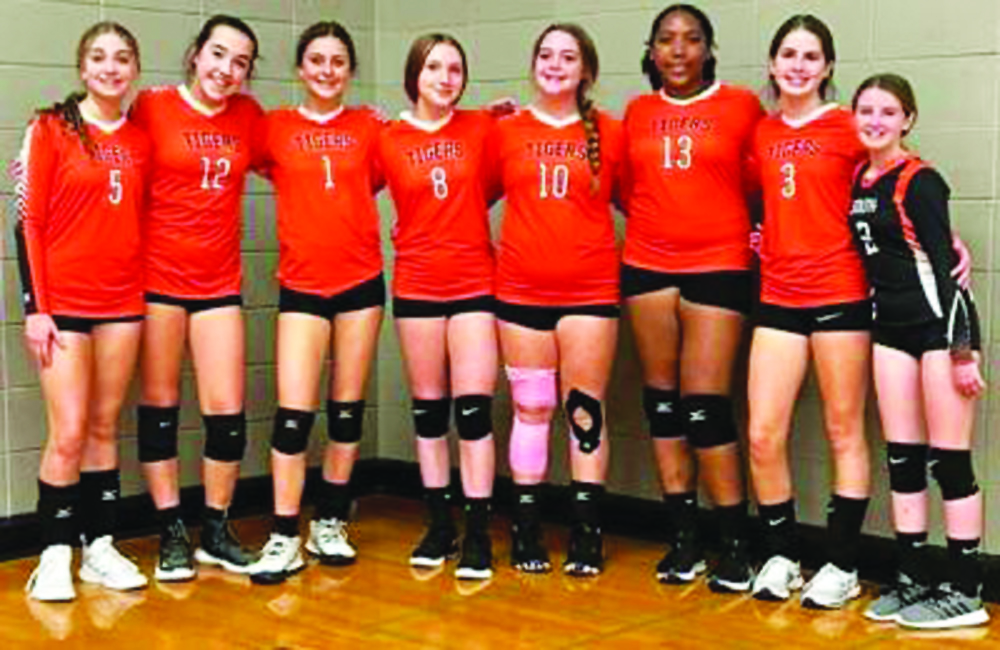 When North Davie’s volleyball team entered the final week of the regular season, it was coming off revenge wins over North Carolina Leadership Academy and Ellis.

The Wildcats did it again on Oct. 11: They won 2-1 at Wesleyan Christian Academy after losing to the Trojans on Sept. 8. They also knocked Wesleyan out of a first-place tie with South Davie.

“Caroline Mitchell was serving (in the second set) and never missed a beat even through a Wesleyan timeout,” coach Trish King said.

The win was North’s eighth in a row.

“Great serving won for us,” King said. “Bella Bailey and Hayden Gavura were consistent, and Olivia Shue had some pretty tough serves that were not returned.

“We’re really clicking right now and catching these teams who beat us bad the first time around offguard.”

North’s magic, however, disappeared when it ran into South Davie. One day after the Tigers won at Canterbury, they extended their own hot streak and put a nice little bow around their regular-season title with a 2-0 win over visiting North on Oct. 13.

South’s seventh straight win raised its overall record to 11-2. North (9-5) suffered its first loss since a match at South on Sept. 13.

Ellis got a payback victory when it hosted Millennium on Oct. 11. The Jags stopped a three-match losing streak and improved to 7-5.