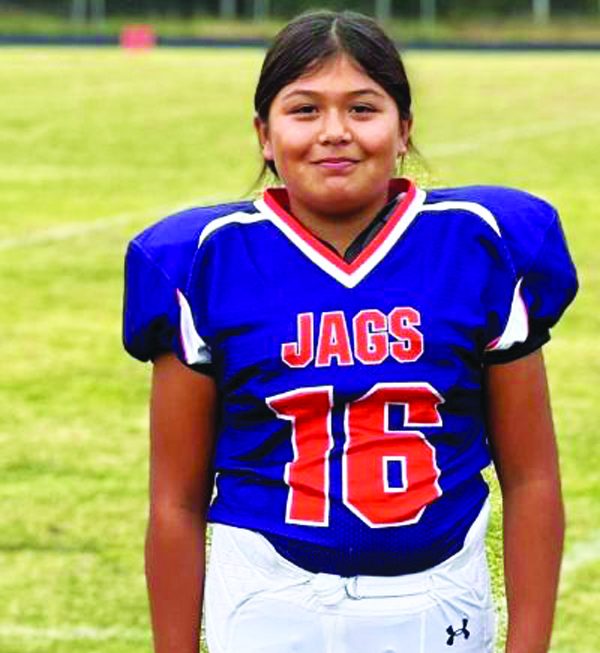 Blake French had the signature play as North Davie’s football team blew the doors off visiting Forbush, 32-12, on Oct. 12.

The Falcons had cut North’s lead to 8-6 and they were looking to take the lead when they snapped the ball deep in North territory. But French, the free safety, came through with a dazzling interception and 95-yard return for a touchdown to give the Wildcats a 16-6 halftime lead. They never looked back while evening their record at 2-2.

“It was one of the best interceptions I’ve ever seen,” coach Timmy Allen said. “He broke one or two tackles and caught the sideline. He is a fast cat. He made a couple of cuts and I knew they weren’t going to catch him.”

This wasn’t French’s only impact play.

“This was the most complete game Blake’s played,” Allen said. “He looked awesome at safety. A couple times he came up to stop an outside run. On a fourth-down play, he ran the alley, clubbed the ball carrier and I was like: ‘That looked like Coy James.’”

Despite playing its first game in 15 days, North came out smoking as French completed a 35-yard TD pass to William Carter on its first play from scrimmage. North converted the two points to take an 8-0 lead.

North’s first points in the second half came on a safety. John Evans had fumbled near the goal line, giving Forbush the ball, but he atoned for that by blitzing off the edge and tackling the Falcon in the end zone for a safety. Evans would add two TD runs. French also scored on a second-half run.

“Javon set the tone on the opening kickoff,” Allen said. “He’s a dog. He doesn’t know it yet, but he’s a dog. He’s a good little athlete and he’s a good kid. He’s one of those yes-sir, no-sir kids. You love those kind of kids.”

Davie County middle school football history was made during the Jaguars’ easy win over visiting Millennium Charter on Oct. 12.

In the first quarter, seventh-grader Emily Hernandez punched in a two-point conversion on her first carry of the season. There’s a good chance she’s the only female to score in a middle school game for a Davie County school.

That cheerful moment overshadowed everything as the Jags cruised to 6-0.

“We came up with a play on Monday and we practiced it Tuesday,” assistant coach Kendall Chaffin said. “She’s the only girl I’ve ever known to score. I’d say she’s the first one. We did that because she’s a great kid and she deserved to score. It made her day. Her face was glowing when she came off the field, and the boys loved it.”

Hernandez is hardly new to the game. She played three years for the Cornatzer Cougars. Derek Morgan, who was the director for Cornatzer when she played for the Cougars, said she played every snap during her fourth- and sixth-grade seasons. (Her fifth-grade season was wiped out by COVID.) She is a backup offensive lineman for Ellis.

“She’s pretty much played in every game,” Chaffin said. “She has gone through all the running – running the hill, sprints – and has not complained one time. All the boys really love her. As a matter of fact, when she went into the game (for the two-point play), they were going ‘Emmy! Emmy! Emmy!’ And when she scored, all of them came over there to her. It was something special. I said: ‘Emmy, you cannot fall down.’ She said: ‘I won’t, coach.’ She doesn’t talk much. She ran it in and she was skipping when she came off the field.” 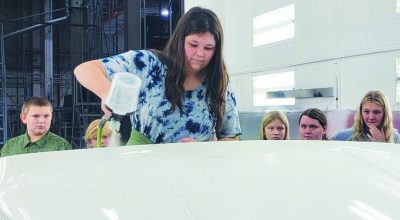