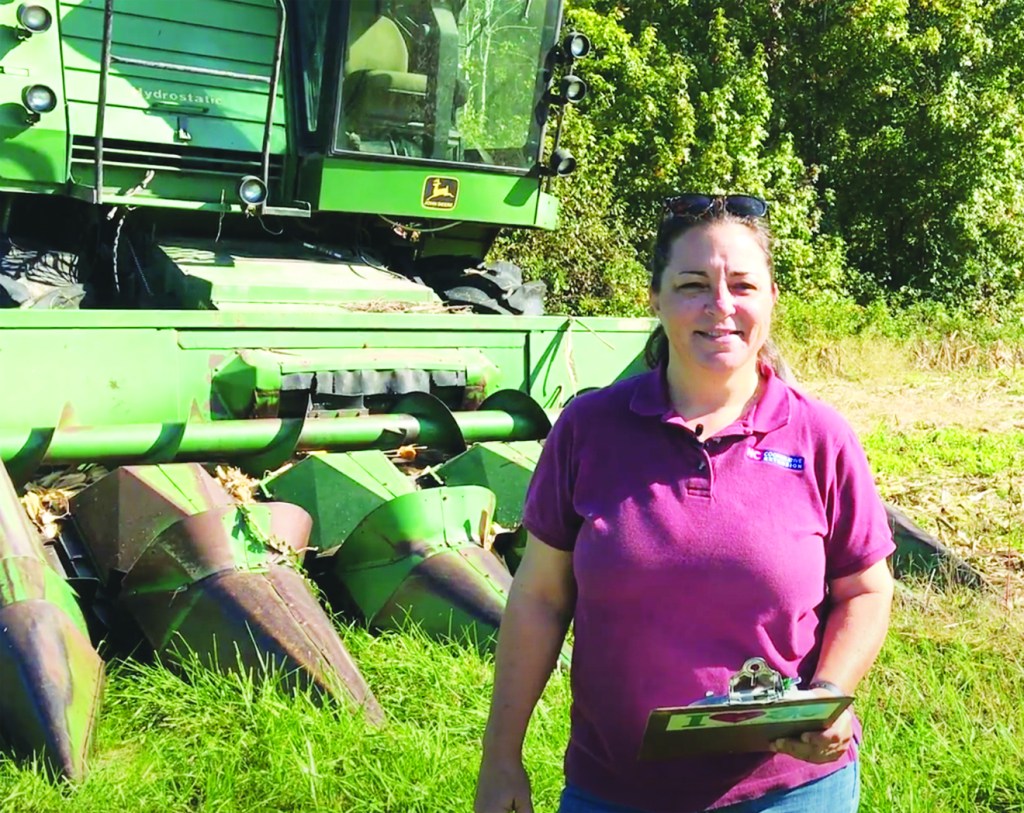 They have a new office location. They’re using new methods along with the olds ones in dealing with customers.

But one thing hasn’t changed about the NC Cooperative Extension – Davie County Center. They have information for everybody – the home gardener, the full-time farmer, the children and young adults, the hobby farmers and the home cooks.

The Davie center moved to 642 Wilkesboro St. from its downtown Mocksville location. It gives the staff more room, plenty of parking for customers, and spaces for events and classes. The Davie Soil & Water Conservation District and the N.C. Forest Service, along with the Davie Fire Marshal’s Office, also moved to the building.

“It’s definitely an improvement,” said Colleen Church, Davie Extension director. “Customers have easy access to parking, and now we have a teaching kitchen.”

A 19-year Extension veteran, Church has been director in Davie for seven years. So she’s seen the changes.

“With Covid and everything else, we work a lot more virtual. We’re doing more hybrid (virtual and in person) classes, and have started video production.”

She admits that the virtual farm animal day for school children just wasn’t the same. There’s the smell of a farm, the feeling the children get just watching and learning about the animals, Church said.

They still get people coming by the office with a plant that is dying, and they want to know why. If staff doesn’t know, they have access to information from N.C. State University, and other sources.

“We’re always here to help and serve the community,” she said.

Church earned bachelor’s and master’s degrees in horticulture from N.C. State, and this has been her only Extension job.

“I love Davie County. The people here are so nice. It’s a great place and we have a great volunteer base.” 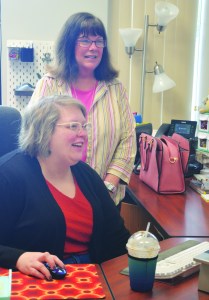 Lisa Crowder, the first person folks see as they walk in the door at Wilkesboro Street, is also the local Extension’s new video editor.

“We all have learned how to do videos,” she said. “I guess I’m the editor and the publisher. It’s fun. We will be putting more videos out.”

She said Extension is the first phone call for some folks seeking information, and the last for others as they’ve exhausted other possibilities.

“We get to help a lot of people. We’ve learned how to talk to people for a living.” She also likes working in Davie. “We’ve got a good team.”

Karen Robertson’s first job was at the Davie Extension office, some 31 years ago. She had seen an ad for an office assistant, applied and was hired by former director Ronnie Thompson.

“I was in 4-H, other than that, I knew very little about Extension,” she said. “I’ve learned a lot. And the people I’ve worked with have been great. If I didn’t like my job, I wouldn’t have stayed this long.”

Extension’s 4-H program is where all that information at their disposal reaches the younger generation. Danny Lough has been heading the Davie program since 2020.

This is his first Extension job after teaching at Forsyth Country Day School, where he taught three subjects from kindergartners to 11th graders.

“When this opportunity came up, I thought, how cool is that. I had bumped into the 4-H curriculum while teaching.”

Most 4-H clubs nowadays are specific – like a shooting sports club, a horse club, a fishing club, homeschoolers, and a new one that will teach leadership skills.

When Lough graduated from the University of South Florida with a degree in science and biology, he had no idea what he was going to do. He worked at parks in Florida and Costa Rica before enrolling in the ecology and evolution graduate program at Wake Forest University.

“That’s when I learned that I wanted to teach. I never have the same day twice. It’s always something new.”

The 4-H clubs are volunteer driven, with an adult leader who has a passion for teaching kids, Lough said. 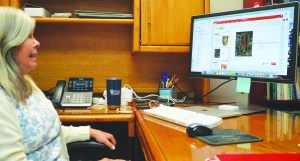 “I got to know that Extension is for me because I like to help people.”

And she never knows who will show up, some old-time landowners looking for a way to use the farms, and some newcomers with some new ideas.

“My farmers are the closest to my heart. This is their livelihood, and I want them all to be successful. If I can help take some of that stress off them, I feel like I had a successful day at work.”

She’s also in charge of the Master Gardener Volunteer program. “I try to keep volunteers focused on the mission – to get information into the community. These volunteers care about their community, they want to make their community better.

Of course, Extension also gets questions from people who have done their own research and begin to panic. 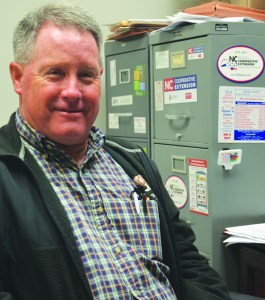 Phil Rucker, Davie and Yadkin’s livestock agent, has also seen plenty of changes in his 27 years with Extension. He remembers when Davie had 27 large farms, mostly dairies.

“Now, we have no cow dairies and one goat dairy.”

Rucker said it is important for agents to listen to those producers who sometime seek help.

“We depend on them, because they’re the ones out there making the changes. When I see that light bulb go off and they’ve learned something, I know that I’ve done something that I was hired to do.”

Computers, Rucker said, can be a blessing and a curse. They can help disseminate information more quickly, but is it always the right information? He’s seen more than one person who comes in and says “Well, I saw on the internet where …”

Marsha McGraw is the filed crop agent for Davie, and has been at the job here for five years.

And she’s proud of the farmers here. Davie County has been a long-time record-holder for corn and soybean yields. That just doesn’t happen.

“Part of it is the land, but mostly it’s the growers themselves who manage their land very well.” With the help of Extension, of course. “We have a lot of great growers in thecounty, and some young guys coming up as well.”

McGraw earned a plant and soil science degree from the University of Arkansas, and a master’s from N.C. A&T, where she worked for 16 years at the university farm. McGraw enlists farmers to help with field trials for certain seeds; she advises the voluntary agricultural district board and teaches the pesticide certification classes here.

“I fell in love with agriculture, and I love being outdoors doing that kind of work.”