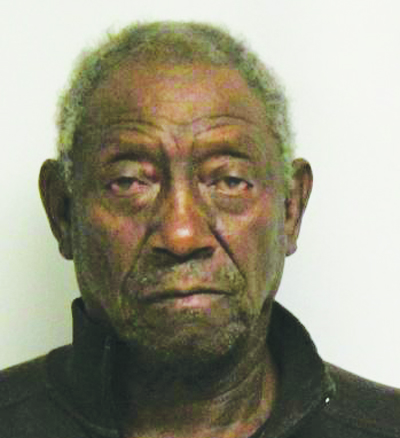 An elderly man is in custody, charged with the murder of a 26-year-old female in a case that involved gunfire with officers from the US Marshal’s Office at a Mocksville apartment complex Monday morning.

According to Davie Sheriff J.D. Hartman, Quintia Miller, 26, was shot to death at Rowan Pointe Apartments at approximately 7:30 a.m. He said it appears the suspect was looking for someone else.

But at the same time she was shot, officers with the US Marshals Service were already in the complex, looking for a suspect in another case. They heard the gunshots.

“They saw the suspect shooting at the victim and responded to stop the threat,” Hartman said.

One of the officers fired a shot at the suspect, who was then taken into custody without injury. Harold Reid Jr., 78, of 191 Boger St., Mocksville, is being charged with murder.

The sheriff’s news release said that Reid is due in court on Thursday on a charge of first-degree sexual offense and taking indecent liberties with a child.

“It is believed that he went to the Rowan Pointe Apartments looking for a person involved in the case against him to stop them from participating in the case,” the sheriff said. “He apparently mistook Miller for the person he was looking for and confronted her before shooting her.”

Miller was staying at the apartments with family members.

Anyone with more information is asked to call detectives at 336-751-6238, sheriff@dcsonc.com, or leave a tip at https://davie-so-nc.zuercherportal.com/#/submit.tip.