Presidential Sites: Learn about Reagan from Illinois to California 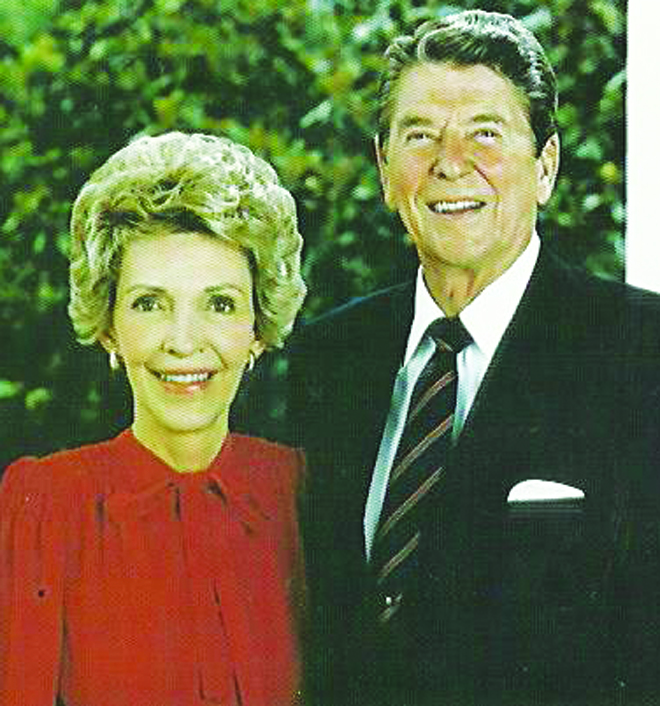 “What young person in this town is most likely to become the President of the United States?” If that question had been asked in any of the string of towns in which Ronald Reagan lived as he grew up, Ronald’s name would probably not have been mentioned.   Why? Because Reagan, who was born in 1911, grew up in a poor family, a family which had limited opportunies for improving its lot in life.

Ronald Reagan’s father, a shoe salesman, was an alcoholic, who could not keep a job, so the Reagan family kept moving. Mr. Jack Reagan, Ronald’s father, believed that each move would improve the family’s financial situation, but even though they moved from Galesburg to Chicago on to Dixon, the family’s situation did not improve.

If we fast forward to 1980, we see that Ronald Reagan should have been named the youth most likely to become President.  Reagan made the old saw—“anyone in the United States can grow up to be president”– a truism.”  That paragraph was taken from the book, “Glimpses of the Presidents of the United States of America and Presidential Places,” by Betty Etchison West, and is used here because really presents an accurate picture of Ronald Reagan’s early life.

The house at 816 S. Hennepin Ave. in Dixon, Ill., is the house which served as the Reagan home for the longest period of time and which Reagan seemed to consider his boyhood home. Mr. Reagan went back to that house when he was president and had a meal in the dining room. A local lady had made a cake for Mr. Reagan, but the president’s chefs did not want him to eat anything that they had not prepared. Mr. Reagan was determined to have a piece of that cake. He ultimately won and enjoyed his locally made cake. That house in Dixon is open to the public and it looks both inside and out much like houses in Davie County which were built and filled with furniture of that period. Mapleshades in Davie County is one of those houses. The Reagan Dixon House is administered by the Ronald Reagan Home Preservation Foundation and you can get information by calling 815-288-5176.

Reagan grew up in Dixon and went to school there.  He was a popular student in high school, and he worked during the summers as a lifeguard at Dixon’s Riverside Park. He was evidently a good lifeguard because he is credited with rescuing more than 70 people from the river’s current.  After graduating from high school, Ronald enrolled in Eureka College. He held several jobs there to make the money to pay for his tuition, etc. One job was that of a radio announcer. He was evidently a good announcer because after college he got a job as an announcer at a radio station and finally began to do the play by play of ball games.

He was invited by a ball team to travel with them to California. He went, and, while he was there, a friend arranged for him to have a screen test.  He not only was able to get a screen test; he was given a contract. He made a number of movies, the most memorable of which is probably “Knute Rockne, All American.”  It was from that movie that he got the nickname, “Gipper”.

In 1941, Reagan married actress Jane Wyman.  The couple had one daughter and they adopted a son.   Reagan spent time in military service during World War II. After the war, he resumed his acting career and also became the President of the Screen Actors Guild.  He was evidently so busy that he did not realize that his marriage was in trouble, but, in 1949, his wife sought a divorce, which was granted. Reagan was greatly troubled by the divorce, but slowly recovered as he stayed busy with making movies and particularly with the job with the Screen Actors Guild.  In fact, it was through his Screen Actors Guild job that he met Nancy Davis.

Nancy Davis was an actress. She was troubled because she began to receive literature from the Communist Party. All of this was happening when Sen. McCarthy was sure that there was a communist under every rock in this country. Ms. Davis was advised to talk to the President of the Screen Actors Guild, who should be able to help. She reached out for his help and he was able to handle the problem. That contact was also the beginning of one of the country’s great love affairs. Reagan took things slowly because he was upset about the failure of his first marriage, but Nancy Davis and Ronald Reagan were finally married in 1952. For the rest of Mr. Reagan’s life he and his wife were a strong team even after he was elected President in 1980.

The following is another chapter from the book, “Glimpses of the Presidents of the United States and Presidential Places,” which describes the final phase of the Reagans life: “After serving two terms, Mr. Ronald Reagan left office in 1989. He and his wife, Nancy, returned to California to live out their retirement years.  Mr. Reagan wrote a sad letter to the American people on Nov. 5, 1994 in which he revealed that he had Alzheimer’s disease.  He lived for about 10 more years at his home with his wife caring for him. He died on June 5, 2004, and the 40th President was laid to rest at a beautiful spot near the Ronald Reagan Library in Simi Valley, Cali. The former president’s wife, Nancy, lived 12 more years. She died on March 6, 2016, and was laid to rest beside her husband.”

The graves are on what appears to be a mountain ledge. One can look from the grave sites far to the west and see the Pacific Ocean.  That is the spot that the Reagans chose for their graves and it is an outstanding one. The graves themselves are covered with marble slabs.

If you are willing to travel three times the distance to Dixon to visit a Reagan site, you will be much rewarded by a visit to the Ronald Reagan Presidential Library in Simi Valley. That library is excellent in every way.

From the time that you begin the long drive up the mountain to the library and see presidential flags flying from every pole, you will be happy that you made the trip. The exhibits iare outstanding and represent every phase of Mr. Reagan’s life. Both the former president and his wife worked hard on that library and it shows because it tells the Reagan story well.

In the museum, you will even see the suit that was cut off of Mr. Regan when he was shot. There is a piece of the Berlin Wall that Mr. Reagan demanded that Mr. Gorbachev tear down on the grounds.

Attached to the library building is a huge hanger which holds the Air Force One Airplane which Mr. Reagan used when he was president. The Helicopter One that was used by Mr. Reagan is also there. You can actually climb into the airplane—which will be the only time that most of us will be on Air Force One.

There is a mockup of a presidential entourage. The Reagan Presidential Library is indeed outstanding, and a visit there will be rewarding experience for anyone interested in presidential history.