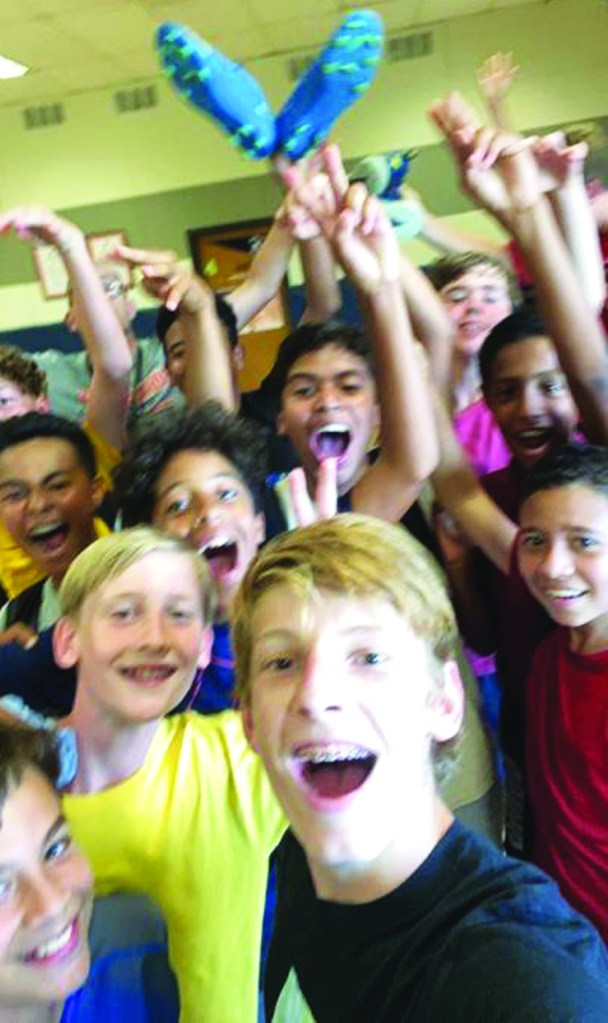 Beating Phoenix Academy, North Carolina Leadership Academy and Ellis was one thing. Beating Wesleyan Christian Academy was quite another.

It’s been a huge turnaround for the North Davie soccer team. After years of futility, after years of getting obliterated by Wesleyan, the Wildcats are riding high at 4-0.

“We played good in the previous three games, but we got to really see what we are capable of in this game,” coach Daniel Gamble said after the 5-4 victory. “The guys had a fire and a hunger to get this win that we’ve been building towards for three years.”

Two days earlier, the Wildcats mercy ruled Ellis in the first half, 9-0. While visiting North was playing its third game, it was the season opener for the Jaguars.

Kellan Wiles had a hat trick, Hector Rodriguez had two goals and North got one from Brian Barragan, Max Rappaport, Alex Serrano and Hunter Stephens. Stephens and Manny Perez had two assists each, while Rodriguez, Wiles and Barragan had one apiece.

The North-Wesleyan showdown at North on Sept. 8 was a big test for the Wildcats, who passed in spectacular fashion. They surged to a 5-2 lead before the Trojans mounted a rally.

“Wesleyan has embarrassed us pretty bad in the past, so it was a pretty big thing for us to win today,” Gamble said.

“Manny is always one of our solid guys, but I don’t know what got into him today,” Gamble said. “He just caught fire. He had a target on his back because he was one of the guys they were fouling multiple times, and he ended up getting injured and had to leave the game with seven or eight minutes left. He hustled, fought through it and ended up being in the right place at the right time. One of his goals was a beautiful header on a corner kick.”

Rodriguez and Wiles also scored for the Wildcats, who led 2-1 at halftime and never trailed. Wiles (two) and Stephens combined for three assists.

Wesleyan scored back-to-back goals to cut the North lead to 5-4 with five minutes left. But North held on and celebrated a sweet victory.

“It shouldn’t have been that close, but my guys rallied toward the end,” Gamble said. “We almost scored a couple more times.”

“We controlled probably 75 percent of the game possession-wise,” Gamble said. “The midfield, defense and everybody were working together probably the best we’ve ever worked together. Dylan was a major force in transitioning from defense to offense.”

And oh by the way, North won without two starters (Ethan Christie and Rappaport).

“Ethan and Max were sick, so we didn’t even have them,” he said. “I imagine if we’d had them, it might have been a bigger gap.”