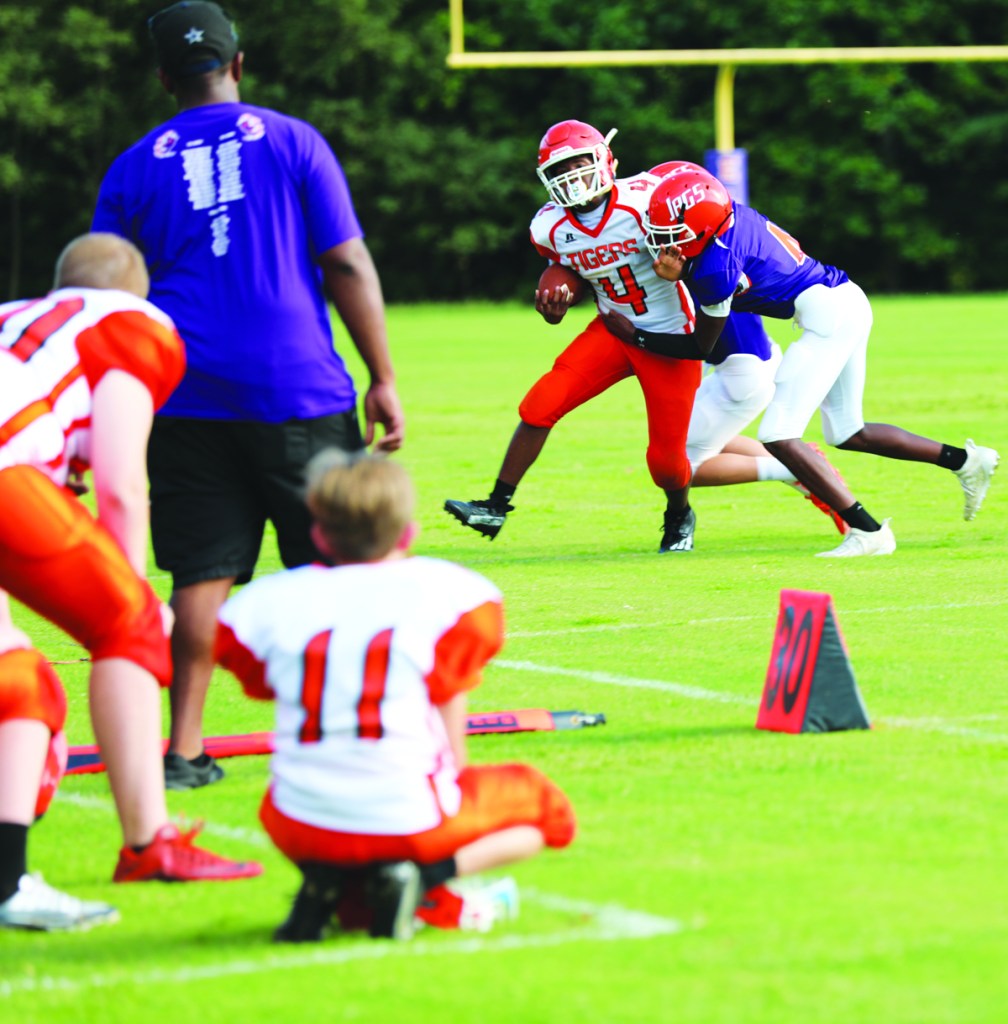 The Ellis football team has run roughshod over its county rivals. After blitzing North Davie in the second half of a 40-6 decision, the Jaguars were firing on all cylinders throughout a home game against South Davie on Sept. 7, rolling 40-0.

Another Ellis highlight was Forrest’s third-and-long completion to Landon Hughes, who gained 45 yards on the play.

Even though the Jaguars look far superior to their county rivals, Chaffin believes the Davie High future is bright when the three schools come together to form one team in the coming years.

“I thought South Davie had a great offensive line with size,” he said. “These teams are going to look very well together at Davie. These three middle schools should be producing a lot of wins for Davie in the future.”

This matched the largest victory in the Jaguars’ 16-year history. They blanked Brown 40-0 in 2014.