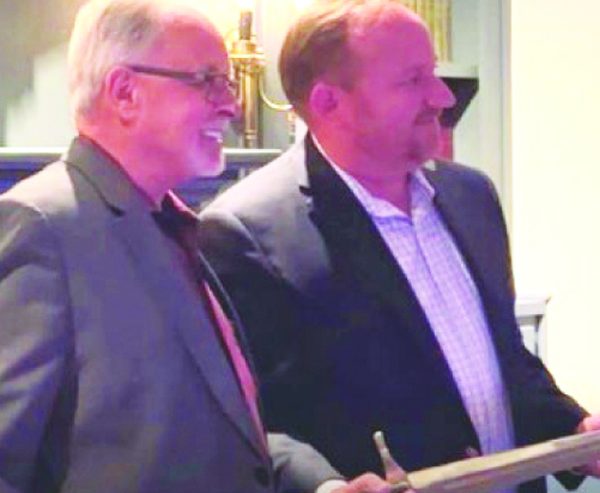 Founder of Mocksville-based Liberty Storage Solutions, Bobby Eaton, announced he is stepping down from his position as President.

In remarks during a dinner for Liberty’s leadership team, Eaton said: “I knew the day that I hired him, he would probably be the man who someday replaced me.” Mr. Eaton continued to say he has watched Weston grow and learn, and appreciates the way Leibee inspires people with his words and actions.

Mr. Eaton said he has been the defender of Liberty’s culture and as a symbol of that, a sword has been made engraved with the words “President. Defender of Our Culture”.

“Tonight, it is with great joy and deep gratitude that I pass this off to Weston,” Eaton said. “I do know that Weston is absolutely the man for the job. I congratulate Mr. Weston Leibee as the new President of Liberty Storage Solutions.”

Leibee said he is humbled by everything that has taken place since March of 2017 when he first accepted employment with Liberty.

Leibee began his shed career in 1996 and spent 12 years serving God doing nonprofit work in Ghana West Africa with his wife, Charity. Upon returning to the United States, he accepted the position of sales manager with Liberty Storage Solutions. He worked his way up to vice president/general manager.