And the band plays on: Davie High War Eagles to march into Disney World 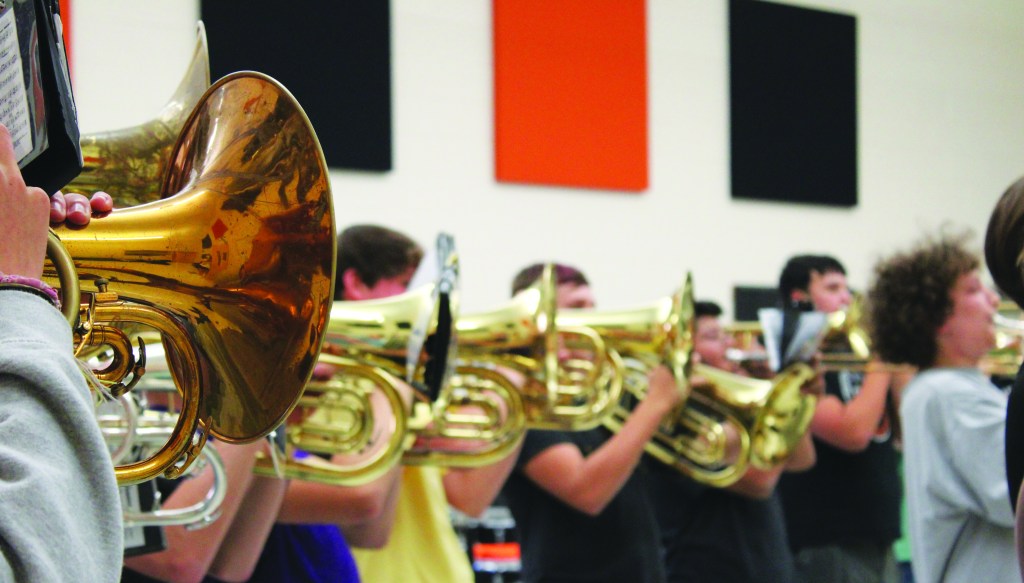 And members of the Davie County High School Marching Band say it’s that feeling of belonging to a community – the band community – that makes being a member of a band that has a long tradition of excellence.

Matthew Brusseau, band director, said some 80 of the band members and dancing boots will travel to Disney World the week of Thanksgiving. They will march in parades and take in some of the attractions.

But the trip – as well as the instruments and uniforms – cost money. Visit www.daviehighbands.com to learn how to help. The band needs money for meals for the Disney World trip, and wants to buy new uniforms before an expected trip to the Macy’s Parade in New York in coming years. The band usually takes a trip every two years, but hasn’t traveled extensively since 2019.

“They’re doing great,” he said of band members after a recent practice. The number of students participating in band has increased this year, Brusseau said.

The students are also looking forward to the trip.

Abby Wilson, a junior clarinet player who is a drum major, was looking forward to that first halftime show at a football game.

“The past two years were dreadful, but this year, being in a marching band and being on the field is going to be so much fun.”

Sean Lane, a sophomore who plays the snare drum, hopes to stay in the band all four years at Davie High. He started in band in the sixth grade, and said that while Covid limited time to play with other musicians in a band, it gave him time to improve his abilities.

“I’ve improved a lot,” he said. “I’m glad I tried out last year, or I really would have regretted it. The marching band community is so welcoming and nice. It’s no problem going to practice because everyone is so kind.”

Jay Niland, band captain who has played alto saxaphone since the fourth grade, said he followed in the footsteps of his musician sister. “The saxaphone, I’ve heard it since I was a young boy and said that’s really cool.”

The Davie High band, Niland said, is a welcoming community. “It’s an honor to be a part of it.”

Isabell Bracken, a senior piccolo player, started playing music with the Davie Community Band, and after starting with the flute, learned the piccolo in the eighth grade.

“I like the family environment here,” she said, adding that she missed the band’s last trip and is looking forward to Disney World with her section members. “I’m excited.”