Presidential Sites: Head to California to see any related to Richard Nixon 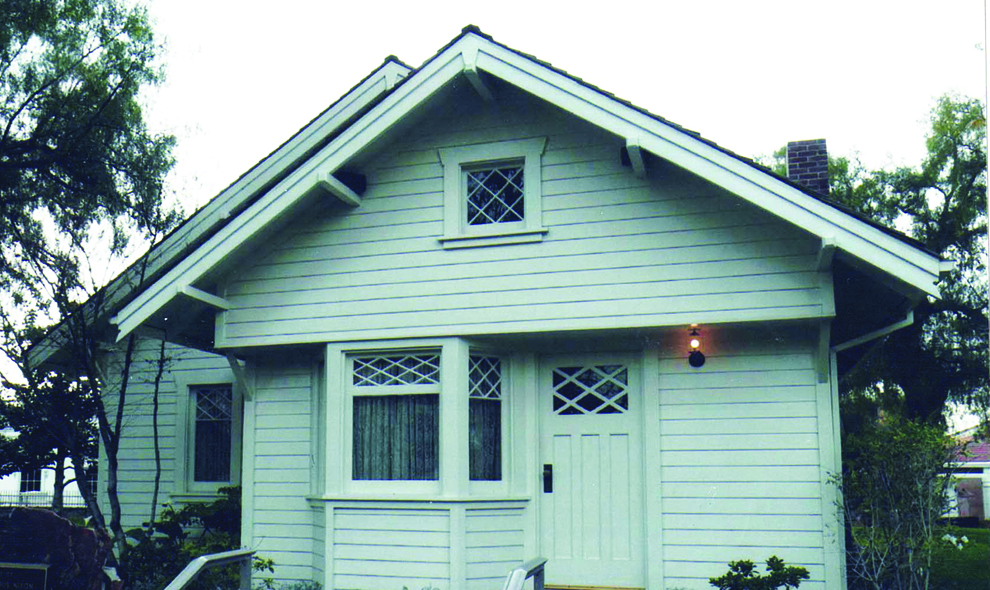 The small house where Richard Nixon was born in Corba Linda, Calif.

Any Person from Davie County who has visited the home and burial site of the 36th President of the United States, Lyndon Baines Johnson, probably thought that they had to travel a long way from Davie County to visit that site.

If that same person wants to visit a site connected to the 37th President, Richard M. Nixon, he or she will have to travel twice as far.  The distance from Mocksville to Nixon’s birthplace in Yorba Linda, Calif, is 2,407.2 miles.

Richard Nixon was born in Yorba Linda in a small house built by his father. It is believed that Mr. Nixon built the house using materials from a kit he ordered by mail.  The house has 900 square feet of living space, which is indeed small for a family of seven. Richard Nixon had four brothers.

When Richard Nixon died on April 22, 1994, his body was carried back to California from where he was living, and the funeral was held in front of that little house where he was born. The Rev. Billy Graham conducted the funeral, which was attended by all of the former presidents who were living at that time, 100 foreign dignitaries, and 3,000 other people.  Richard Nixon was buried in the beautiful garden near his birthplace beside the grave of his wife, Patricia, who had died on June 22, 1993, about a year before the death of her husband.

A great deal had happened to Richard Nixon, who was sometimes call Dick, between the time that he was born in that small house in Yorba Linda,  on Jan. 9, 1913 and the time he was buried there in 1994.

The Nixon family moved from Yorba Linda to Whittier, Calif., where Richard’s father ran a store and a filling station. The Nixon boys worked in those establishments. Richard was able to take piano and violin lessons at some point which is what his mother wanted him to do. He became an accomplished musician. Richard attended elementary school and high school in Whittier and attended Whittier College where he excelled and finished second in his class.  He then came to North Carolina and attended Duke University where he graduated third in his class.  After graduation, Nixon went back to California and joined a law firm there.

Nixon heard about an attractive young teacher in the local school and he made it a point to meet her. Nixon was immediately attracted to Thelma Ryan, who was called Pat, but the young lady was not quite as impressed with the young lawyer. He proposed right away, but Pat kept giving Dick a brush off. She finally relented. They were married on June 21, 1940.

In 1941, Nixon felt that he should serve his country in its time of crisis so he joined the U.S. Navy.When he got out of the Navy, the Republicans in a California district were looking for a person to run against Jerry Voorhis for the U.S. House of Representatives. Nixon was chosen, and won the election with the support of his wife in that and in the many elections in which he was involved in the following years.  After serving two terms in the House, Nixon ran for the U.S. Senate and won in that election.  After serving just two years in the Senate, Dwight S. Eisenhower chose Nixon as the person to run with him as vice president when he sought the presidency.  Mr.  Eisenhower with Richard Nixon serving as vice president was elected twice and served eight years.

In 1960, Nixon was chosen as his party’s candidate to run against John F. Kennedy. Nixon did not fare well so he went home to California. He decided to run for governor, and he lost that race. At that point Mr. Nixon seemed to be bitter.  He moved back east but stayed in the good graces of the Republican Party.  In 1968, Nixon was chosen by the Republicans as their candidate for president.  He won with Spiro Agnew as his vice president.

From the time he was elected president, Nixon seemed like a loner. There was a great deal of secrecy about what was going on in the Oval Office. In spite of that, Nixon was able to accomplish some things particularly in the field of foreign relations. He opened up relations with China, but the war in Vietnam was still a problem as it had been with President Johnson. It finally ended without victory. Nixon won the election in 1972, but there had been a break-in at the Democratic headquarters at the Watergate.  There seemed to be a connection between that break-in and the Nixon administration. Nixon himself was named as an unindicted co-conspirator.   Hearings about the Watergate affair went on and on.  Finally, enough evidence was presented that even President Nixon’s advisors told him that he should resign or he would be impeached.  Nixon took their advice and resigned on Aug. 9, 1974, the only President of the United States to ever resign. He and his wife boarded an aircraft to carry them back to California. Even as he boarded that aircraft, Richard Nixon had a look of defiance on his face.

The Nixons lived quietly in California for some time and then moved back east to be near their children. Mr. Nixon began to appear in public a bit but the shadow of Watergate was always with him. Pat Nixon died first and was buried near the Nixon Library in Yorba Linda. The former president died about a year later and was buried beside his wife.

The Nixon Presidential Library and Museum is in the same area as the Richard Nixon birthplace and grave.  It is a large modern building which tell the Nixon story as he would want it told. There is emphasis in the building of Mr. Nixon’s success in the foreign relation field. There is one room which has wax figures of the foreign dignitaries with whom Mr. Nixon dealt. Those figures are so life-like that it seem possible that they might start talking. Another section of the building deals to some extent with Mr. Nixon’s family.

It’s a long way from Mocksville to Yorba Linda, but a trip that is necessary if one wants to visit a site connected to each President of the United States because there is no other sites connected to Mr. Nixon that are open to the public.

Good news for those interested in presidential history—the Reagan Library in Simi Valley is just 75 miles from Yorba Linda so those interested can visit sites connected to two presidents during one trip to California.