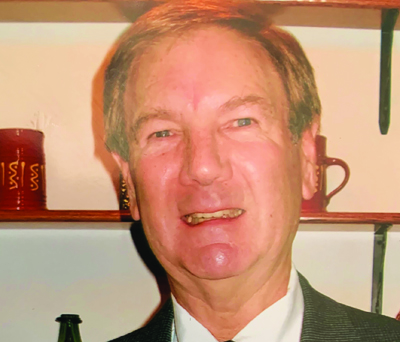 He was raised in Terrace Park, a bedroom community east of Cincinnati, Ohio. Jim graduated from Mariemont High School and four years later from Miami University of Ohio with a commission in the Air Force.

He married his high school sweetheart Bonnie six days after graduation. Two years later with a master’s from the University of Cincinnati, he and Bonnie were off to the Air Force with assignments to bases in Colorado and Hawaii. Jim was assigned to Air Force Intelligence in Hawaii where he attained the rank of Captain. Upon returning home after four years with the USAF, Jim received an offer from Avon Products, a premier cosmetic manufacturing firm.  For the next 40 years Jim held positions of increasing responsibility in manufacturing and logistics operations, including Almay Cosmetics, the J.L.Prescott Co., Hanes Corporation’s L’erin Cosmetics and the Direct Marketing Division, QVC Network’s Virginia distribution center, Sara Lee Corporation’s Business Teams, and finishing his career at New Roads in Virginia. In the end,  he spent 20 years with Sara Lee Corp. as Director of Manufacturing and Logistics Operations, enjoying their home in Bermuda Run where his career was brought to a successful close. Jim was well liked and loved by all who knew him. He endeavored to make his world a better place. He will be missed.

A memorial service will be held at 2 p.m., Saturday, Sept. 3, at Clement’s Episcopal Church in Clemmons.