Varsity volleyball up and down in early going 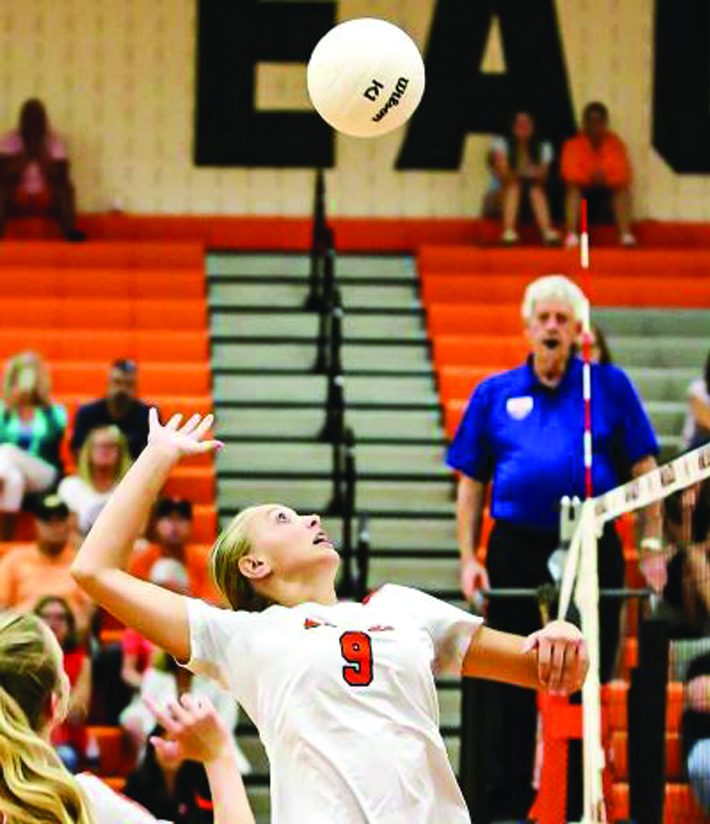 The Davie varsity volleyball team opened the season with 3-0 wins over North Surry and Crest. (Good.) Then it lost by 3-0 margins to South Iredell and Hough. (Not so good.)

“They are one of the most aggressive serving teams we’ll play all year. I like to play them early because it gives us an indication of where we are in serve-receive. We struggled in serve-receive pretty much across the board.”

Kiah Mathis and Gracie Wilson got their senior seasons off to a fast start.

“Kiah had a really good night,” Brandon said. “She’s been a solid presence in the middle on varsity since she was a sophomore. But she played outside for the majority of the match, and she had some really good swings out there.

“Gracie is a textbook middle hitter and somebody that worked really hard in the offseason and got a lot better.”

“We had a couple of big serving runs,” she said. “Even when the scores were tight, we weren’t scared to put a pretty aggressive serve in play.”

Brandon added that senior Camden Hurst “had a couple of really good swings.” Carly Crouch, a freshman, saw time as a middle in her high school debut.

“One thing that’s been fun with this group is we have a lot of kids who can do a lot of different things, and I don’t know if we’ve looked at the same lineup two days in a row in practice,” Brandon said. “We showed a couple different looks (at N. Surry) and they just rolled with it. They just like to play.”

After losing 3-2 to West Rowan and 3-0 to North Iredell earlier in the week, the Vikings broke into the win column.